Question: Any scoop on The Big Bang Theory would be fantastic! —Mer
Ausiello: Sheldon and Amy are sloooooowly making Penny’s apartment their own. “If you look carefully, some of Sheldon’s things are quietly migrating from [his and Leonard’s old apartment] into what was Penny’s apartment,” reveals showrunner Steve Molaro, adding that he’s loathe to conduct a wholesale revamp of what is essentially one of the show’s three iconic sets (the other two being Sheldon’s old apartment with Leonard and the heavily trafficked staircase). “Those three sets are baked into the DNA of the show, so I’d like to not make drastic changes there.” 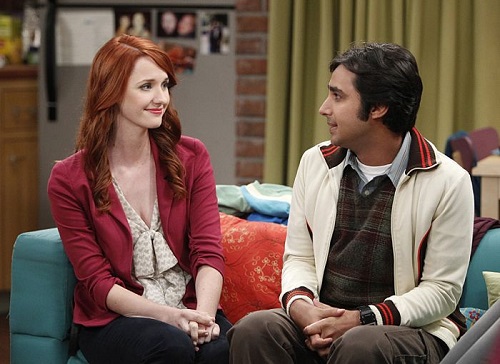 Question: Are we ever going to see Emily (Laura Spencer) again on The Big Bang Theory? —Andrew
Ausiello: Sounds like both Emily and Claire will be popping back into Raj’s life in Season 10. “They are temporarily done,” teases showrunner Steve Molaro, “but we are talking about an idea that would involve both of them.”

Question: Who will voice Halley’s cry on The Big Bang Theory? —Ellen
Ausiello: That was Better Things‘ Pamela Adlon supplying the demon spawn’s screeching audio track in the fall finale. And she will continue to do so “for the long haul,” Molaro told THR.com.

Question: Help save The Flash‘s Iris West by telling us a little about her fate this season! —Tatiana
Ausiello: The best spin we can offer is that, having seen (himself see) his love get slain by Savitar in the not-too-distant future, Barry will do all that is in his power to avert that ending. “Obviously Barry loves Iris more than anything,” notes co-showrunner Aaron Helbing, “and now that he has gotten a glimpse of the future, the thrust of the back half of the season is Barry trying to do whatever it takes to save her” — with critical assists from both Cisco and Iris’ brother Wally, aka the newly christened Kid Flash. BONUS SCOOP: Helbing warns not to assume that Iris’ death and Barry’s subsequent suffering account for two of Savitar’s three prophecies. “The future is malleable,” the EP notes. “Anything can happen.”

Question: How long will the Snow and Charming curse last on Once Upon a Time? —Shelly
Ausiello: The sleeping curse that afflicts the marrieds one at a time “is not something that stretches out for the rest of the season,” says co-creator Eddy Kitsis. But until it is lifted, “We’re going to see that toll that it takes on Charming, who toward the end of the [fall] run looked sleep-deprived, going dark and off the rails. Without his ‘calming center’ around, and without much sleep, he can get into some real trouble!” 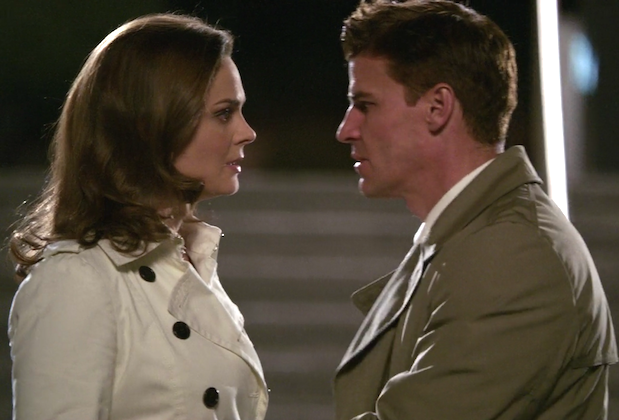 Question: Something on Bones’ final season, please? Preferably Booth and Brennan, but I’ll take anything. —Adela
Ausiello: The series finale is a two-part episode (Episodes 11 and 12), with the penultimate hour showing the series’ “six leads in a different light,” previews exec producer Michael Peterson. “It’s going to cover a 24-hour period of time, and it gives a lot of setup for Episode 12. It’s a very strange episode.” Ep 11 also wraps up Zack’s story (and concludes Eric Millegan’s three-episode comeback arc).

Question: Hey, do you have any scoop on Nashville? The teasers involving Juliette and Avery have got me wanting a whole episode(s) all about them and baby Cadence. —Colette
Ausiello: I can tell you that the second half of the premiere does not focus on the Barkley-Barnes family as much as the first half did, but it sets up something that (it seems like) will drive Juliette for at least the beginning of the season. BONUS SCOOP: Rayna has a huge idea regarding her career, but Deacon is not so sure he’s on board.

Question: Any hope of Grimm‘s resurrecting Meisner and he and Adalind living happily ever after? —Nicole
Ausiello: Hmm, what to say, given what I know? How about this? The answer to your two-part question is no and yes — not necessarily in that order — and that things will become clearer in the first few episodes of the season. 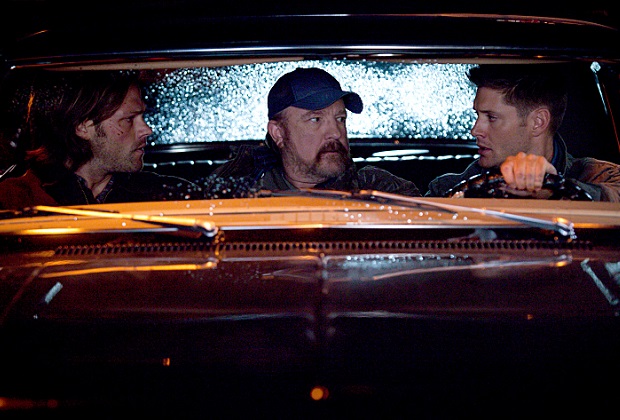 Question: Any word on whether Jim Beaver will be making an appearance on Supernatural this season? It just wouldn’t seem right to not have Bobby at least make one appearance. —Jane
Ausiello: There are “no plans as of right now,” but some other familiar faces will be back this season, executive producer Andrew Dabb tells TVLine. Among them: deaf hunter Eileen Leahy, teen wannabe hunter Claire Novak and Sheriff Donna Hanscum. “Obviously, as we’re building up the British hunters, we’re also building up, or in some cases re-establishing, our American hunters,” the EP says. “It’s a really cool opportunity to bring in people like that, some of whom we’ve seen pretty recently, and some of whom we haven’t seen for quite a while.”

Question: Can the show give us any scoop on Supernatural Episode 11, which is rumored to have a de-aged Dean? —Kim
Ausiello: Dean’s not physically de-aging, but rather “trapped in a Memento-type loop, where he’s kind of losing his memory a little bit,” Dabb previews. “For him, as someone who struggles with all the baggage from years and years of doing a very, very difficult job, it almost becomes freeing, in a way. So you’re going to see a Dean that is a lot more fun and childlike. Jensen [Ackles] does a great job. Then it becomes a much more tragic story as he starts to forget Sam — and himself.”

Question: Could we get a Suits spoiler? —Lindsey
Ausiello: Jessica’s departure opens up “an opportunity for Harvey to undergo some personal growth” in the back half of Season 6 (premiering Jan. 25), executive producer Aaron Korsh says. “We talked, as writers, about what that means. Does it mean he goes back to therapy? Does it mean he deals with his mother? Does it mean he gets into a deeper relationship with Donna? All of these possibilities were tossed around… and we ended up picking one or some of them.”

PROCEED TO NEXT PAGE FOR SCOOP ON HOMELAND, GILMORE GIRLS, TIMELESS, SLEEPY HOLLOW AND MUCH MORE!