We’ve got questions, and you’ve (maybe) got answers! With another week of TV gone by, we’re lobbing queries left and right about shows including Timeless, Nashville, Top Model, Rectify and Designated Survivor! 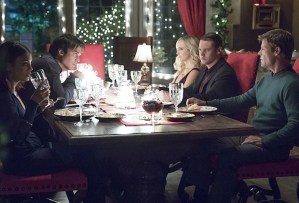 sucks for everyone on Vampire Diaries, but wasn’t the Christmas episode a total downer?

2 | At this point on The Walking Dead, do Negan’s homicidal tendencies still have any shock value… or value, period? Was anyone (except maybe Rosita) sorry to see Spencer go? Any guesses as to the identity of the individual keeping an eye on Alexandria? Lastly, how do we think [Spoiler] is going to die?

3 | Watching CBS’ colorized Dick Van Dyke Show episode from 1965, was it almost jarring to hear Rob get asked if he “hit” or “kick[ed]” wife Laura for humiliating his boss on national television? 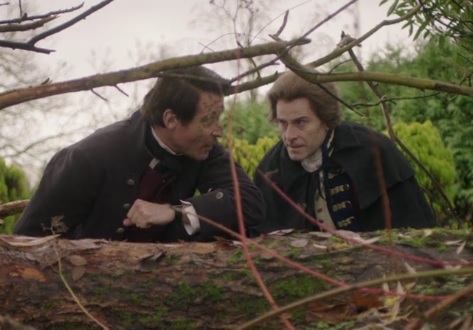 4 | Shouldn’t Timeless‘ Wyatt, a 21st-century soldier, have made quicker mincemeat out of the Redcoats he tussled with? Meanwhile, TVLine reader Penny asks: “Benedict Arnold questions Flynn about his binoculars but doesn’t say anything about the Apple Watch that is clearly visible and lights up to tell time?”

5 | Do the girls on the re-branded America’s Next Top Model seem more editorial than they have in the past? But do you miss having boys in the competition? Also, did contestant Starr’s extreme infatuation with Kyle come off a bit stalker-ish?

6 | Even at once-per-season, is NCIS using the Young Ducky flashback device a smidgen too often? And did you shout out, “Mr. Sheffield!” or “Shane Donovan!” when Mama Mallard’s secret lover 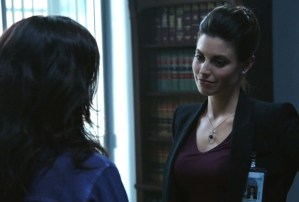 7 | Did you sense that NCIS: New Orleans was going somewhere with the “energy” between Gregorio and Meghan Ory’s G-woman? Also, are you relieved or ticked off that LaSalle was being played by his ex?

8 | Safe to say that that Fox’s Star won’t be getting a Christmas card from the foster care system? Also, did you think Star would cleanly KO Simone’s dad with a lamp or frying pan, versus brutally stabbing him?? 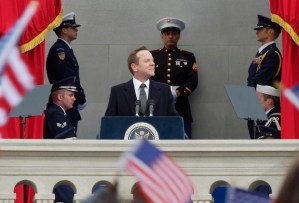 Designated Survivor‘s several leaps of logic, isn’t it one of the Secret Service’s very specific jobs to keep an eye out for opened windows with an eye-line to possibly shoot the President? Also, in addition to now Aaron, are you starting to wonder about Lisa-the-reporter, who seems a bit anxious to find out who is in custody for Nassar’s murder?

11 | Were you surprised or relieved that Younger didn’t have Liza more torn between Josh and Charles at the end of the finale?

13 | Prior to reading our Scandal Catch-Up Guide, were you surprised by how very little you remembered about Season 5? 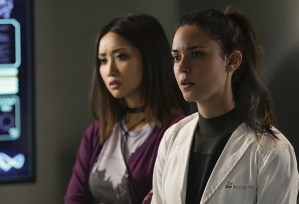 Pure Genius‘ kidney donation chain story compelling in its own right, or simply reminiscent of Grey’s Anatomy tackling the same eight years ago? Also, did guest star Raychel Diane Weiner (formerly of Flesh and Bone) have you briefly doing a Miley Cyrus double-take?

15 | Going off the Nashville premiere preview, might the new showrunners be the best thing that’s ever happened to the various ‘shipper factions? But doesn’t the flashy/slightly cheesy opening title sequence feel a little out of place now that the series has adopted a quieter, more cerebral tone? Also, when does the Maddie-not-being-a-brat thing kick in?

16 | We get that the big twist might’ve made it creatively challenging, but isn’t it still a little odd that The Big Bang Theory showed us every character’s reaction to Halley being born except the actual mother, Bernadette?