Question: I know Gilmore Girls creator Amy Sherman-Palladino has said she hasn’t watched Season 7 and therefore didn’t see how hurt Richard and Emily were after the Paris elopement. But (SPOILER ALERT!) after all the therapy and healing in the revival, how could Lorelai get married without her mom present again? —Katie
Ausiello: Get with the proverbial program, Katie. This issue was put to bed last week in my wide-ranging post mortem with AS-P. Towards the end of the Q&A, she confirmed that Emily was in attendance at the official nuptials (versus the impromptu, scaled-down evening-before ceremony you saw). And then in my follow-up story Sunday night, she explained that her original wedding plan — which was retooled for budgetary reasons — had everyone and their second cousin present and accounted for. “The wedding was originally a much bigger deal,” she said. “The wedding was a whole shebang. And then they took money away from us. Anything that has extras in it and costumes became a production nightmare. So we had to figure out how to make this wedding satisfying without doing ‘The Big Wedding.’” Speaking of which… 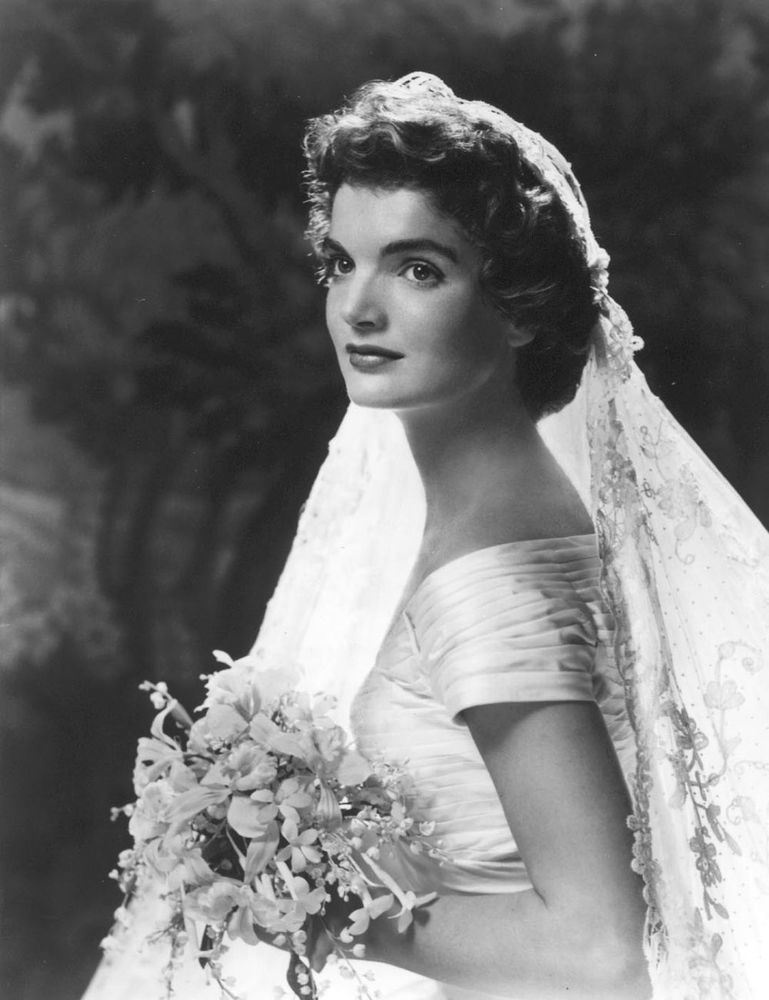 Question: You teased that you’d have some details on AS-P’s original wedding plan for Luke and Lorelai — so, spill! —Kate
Ausiello: The initial “shebang” was going to be “nuts,” she tells me, adding that it would’ve looked “less like a wedding and more like a Stars Hollow festival.” Among the proposed highlights: Lorelai would’ve sported multiple wedding dresses representing a variety of iconic looks — including the gown Jackie O wore when she wedded JFK. There would’ve also been “flash mob tricks.” As AS-P sums up: “It was going to be big.” In hindsight, the show’s fearless leader believes that smaller was indeed better. As she explained to me, “In paring all of the bells and whistles away, we get down to the crux of really what it is: It’s Luke, Lorelai and Rory. And that made it intimate and gave it more feeling.” Totally, 100 percent agree.

Question: Is there any hope that Cruel Intentions will land elsewhere or has the time come to move on? —William
Ausiello: Kathryn and her potty mouth have moved on. So should you.

Question: Will we see Once Upon a Time‘s Black Fairy again? Will we also get an explanation as to why she steals babies and what happens to them afterwards? —Rebecca
Ausiello: Coming out of that fall finale, this comes as little surprise: “We are going to see a lot more of the Black Fairy (played by Jaime Murray),” series cocreator Adam Horowitz assures, “exploring her both in the past and present and learning more about Rumple’s relationship to his mother and the strange land from which she hails.”

Question: I know I’m not the only one who caught The Dragon mentioning a daughter in Once Upon a Time Episode 8. Have the showrunners said anything lately about when Lily and Maleficent will be back? Or whether Emma will keep her promise to help Lily find her father? —Sabrina
Ausiello: In a word, “No,” that Dragon (played by Tzi Ma) has nothing to do with the mystery of Lily’s father, the series cocreators confirmed for Matt Mitovich. “We had high hopes” to revisit that story in Season 6, Eddy Kitsis shared, “but we just won’t get to it.”

Question: Would love a scoop for Scorpion, especially if Walter and Paige will be getting together mid-season and how long Paige’s mom will be around. —Dana
Ausiello: Mum is the word on the “Waige” sitch, but Mom aka Veronica (played by Lea Thompson) will definitely be around as the CBS drama heads into 2017, following a short break after its Dec. 19 outing. And while Veronica’s grifter skills may bother Paige, her unique skill set will help the team in a few unconventional situations.

Question: Any chance J.J. Abrams will direct an episode of Westworld in Season 2? —Jason
Ausiello: Exec producer Jonathan Nolan laughed when we asked him your question, which is not a good sign. “I think we always ask,” he said. “I think he’s always busy.”

Question: Would love a Blindspot tease about Roman! Something to speculate about until the show returns on January 4. Thank you. —Susan
Ausiello: “Going into the winter premiere, Jane and Roman’s relationship hangs by a thread,” co-executive producer Alex Berger points out. “To have any hope of stopping Sandstorm, Jane will need Roman to recover memories — but if he remembers her injecting him with ZIP, erasing his memory, it will tear them apart.” 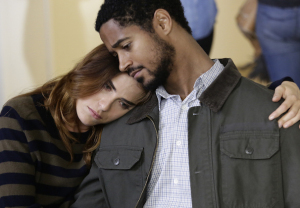 Question: How long will we have to wait to find out the identity of Laurel’s baby daddy on How to Get Away With Murder? —Maeve
Ausiello: Only until the #TGIT hashtag returns to ABC Thursdays on Jan. 19. “We’ll get an answer to who the baby daddy is in the first episode back,” EP Pete Nowalk promises. Ultimately, though, there are concerns of equal importance — like whether Laurel’s unborn baby will survive “Fire Night,” and if a pregnant Laurel makes sense in the HTGAWM universe. “The grappling is really true for the character, as you’ll see,” hints Nowalk. “It’s part of Laurel’s story in the back half of the season.”

Question: Could I please have some Quantico scoop? Specifically if we’ll see either Graham Rogers or Marcia Cross again this season? I’m very much missing Caleb and Claire Haas. Please tell me we haven’t seen the last of them! —Matty
Ausiello: We took your Cross question straight to showrunner Joshua Safran, who offered this cryptic response: “I can’t answer that, and I’ll let that non-answer be an answer.” And re: Rogers? “I can’t answer that, either.” Make of that what you will.

Question: I can’t wait for the Christmas episode of The Vampire Diaries. Care to give the gift of scoop? –Ashley
Ausiello: Well, Ashley, it isn’t going to be a happy holiday — though if you’ve been watching the show for the past seven seasons, you probably already guessed that. Candice King promises lots of tension between Caroline and Sybil, which she calls “the beginning of a lot of moments they’re going to share together in the coming weeks.” There’a also a scene in which Sybil gets to carve the holiday bird, a task she accomplishes “very aggressively.” (Shocker.)

Question: Got anything on Arrow‘s midseason finale? —Adam
Ausiello: Echo Kellum says that Curtis’ new vigilante gig will begin taking a toll on his marriage to Paul, adding that his alter ego’s other half is “definitely not going to be happy” when he learns out the truth. The actor also teases that Felicity will be “involved in whatever scheme” Curtis cooks up to cover up his whereabouts.

Question: I would happily accept a spoiler about any of NBC’s #OneChicago shows. Dealer’s choice. —Amy
Ausiello: Chicago Med‘s Natalie and Jeff are headed for their first big relationship test. “We find out there’s something that Jeff neglected to tell her,” executive producer Diane Frolov teases. “It causes conflict.” Adds star Torrey DeVitto: “He kind of drops a bomb on her. Let’s just say she’s less than pleased. She’s not happy about it in the slightest, and rightfully so.”

Question: Just finished binge-watching Suits. Any truth to the rumor about another major departure? —Patrick
Ausiello: Zero truth. Exec producer Aaron Korsh assures us that there are no series regulars on the chopping block in the near future and “certainly not” in Season 6’s final six-episode run. However, he cautions, “You never know what the future will hold. It’s a long run. I never would have guessed that Jessica 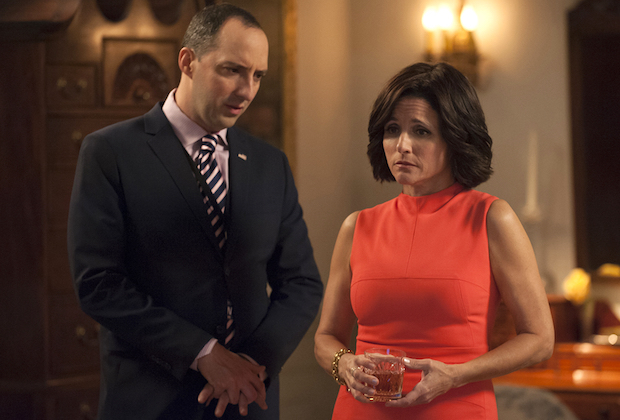 [played by Gina Torres] would have left.”

Question: Please, please, please give me something on the new season of Veep! —Kyle
Ausiello: I’m hearing rumblings that there may be a memoir in the former POTUS Selina Meyer’s near future. Hit me with your best title (in the comments)!

This AAnd That…
♦ Gotham is currently in production on an episode that promises to answer one of the series’ more enduring mysteries. In related news, an upcoming episode of Gotham is titled, “How the Riddler Got His Name.”
♦ For the love of God, Lucifer‘s really going there later this season. Fox’s burgeoning hit is currently looking for a Sam Elliott type to play a patient at a psychiatric hospital who insists he is the one and only God Almighty. And he just may be. Per the casting notice, “Lucifer tries to prove him a phony, but he comes to find out that ‘God Johnson’ seems to know things that only Lucifer’s true Father would know.”
♦ ICYMI: I had a run-in with Darth Vader over the weekend. It did not go well.
♦ I miss Gilmore Girls.