The following 2-page post mortem contains massive spoilers about all four chapters of Gilmore Girls: A Year in the Life. Proceed at your own peril

Well, at at around 11 am on Wednesday, I grabbed my tape recorder, called an Ooooooober and travelled to an undisclosed coffee shop here in New York City to meet with series creator Amy Sherman-Palladino and get the answers you crave. Herewith are highlights from our illuminating chat.

TVLINE | The original plan was to have Rory get pregnant right after college?
Yes, like at 22-years-old.

TVLINE | Which is very different than Rory being pregnant at 32. Let’s first talk about the original plan that would’ve had Rory being a very young, potentially single mom.
I always wanted [the story] to end in a Life Repeats Itself kind of way. The daughter following in the mother’s footsteps. I always thought that was an interesting way to go, with these women who are so tied to each other and who make slightly different choices, but find themselves in interesting situations together. Because they are not like any normal mother and daughter. I wouldn’t have made her a teenage mother. But I thought [it made sense that] after college and right before she’s about to embark on her life that this would happen.

By the way, Rory doesn’t have to keep the baby. There are choices here that she can make. It’s just the left turn. It’s that curveball that life throws you. I will say, weirdly, that I like it much more now. I still think it would’ve been cool [to do in Season 7 had]. I still would’ve listened for the [fans] screaming out the window. But there’s something about Rory being the same age as Lorelai was when we first met Lorelai [in the pilot] that has a lot more symmetry and means a lot more. And the fact that Rory has gone through this whole journey of trying to figure out what the f–k her life is going to be and thinks, “OK, I figured it out.” And then, “Nooo, I haven’t.” It’s also the time to be thinking about having a baby if you’re going to be thinking about it.

TVLINE | So you didn’t intentionally want to leave things on a cliffhanger?
No. The thing about these women is their lives keep going. And keep changing. I like that we end with Emily being calm and settled. Lorelai, for the moment, is calm and settled. And Rory is, “Holy s—t. What the f—k?” That’s more real than if all three of them had lovely endings and we tied it up with a bow and everyone went home with a unicorn.

TVLINE | Luckily, Season 7 didn’t screw up your plans.
Right. When Dan and I started breaking these stories, we didn’t know how Season 7 had ended. So we had no idea if they already had done something like this. Rory could’ve had a pregnancy scare in Season 7. They had Lane get pregnant, which was the only thing I was a little disappointed in. 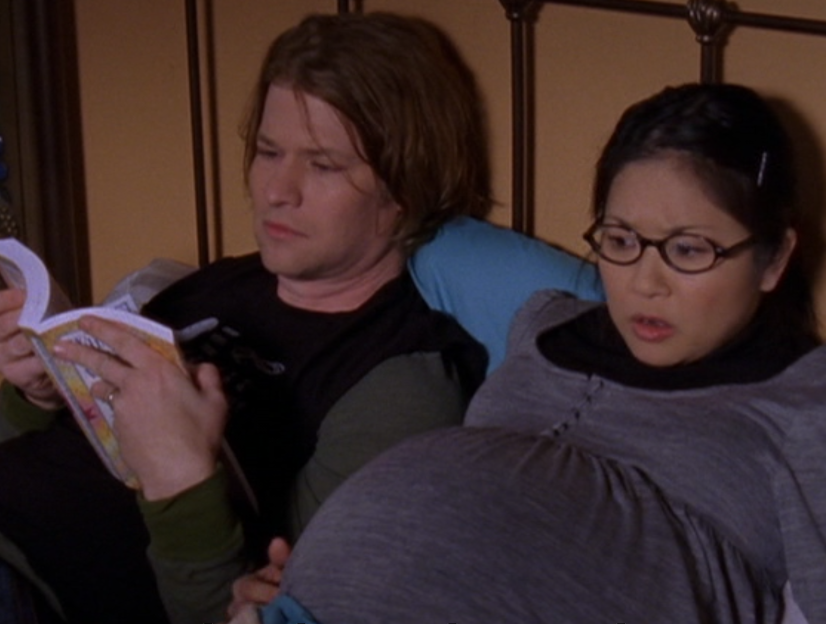 TVLINE | Over the summer you told us that the writers who took over in Season 7 stepped on one thing you wanted to do in the revival. Was it Lane’s pregnancy?
Yes. That was the one thing. It was a totally valid story point. I’m not saying it was executed poorly. It was just the one thing I was like, “Damn.” I would’ve preferred that Lane not have kids, only because it would’ve given us more options. The one thing you couldn’t do with Lane and Zack is have them be sh–ty parents. So them having kids sort of dictated them still living in Stars Hollow. It changed things ever so slightly. They’re still rock and rollers. They’re still the cool parents. But the Rory thing they left wide open for me, which I was very happy about. I’m very pleased with how it ended.

TVLINE | It can’t come as a surprise that the ending left fans wanting more.
No. The old adage is you always want to leave them wanting more. You don’t really want someone to walk away from something you worked so hard on going, “Alright. I can move on.”

TVLINE | So, on that topic, what will it take to have another revival?
No one is talking about that right now. We’re all very tired. I have to finish this Amazon pilot [The 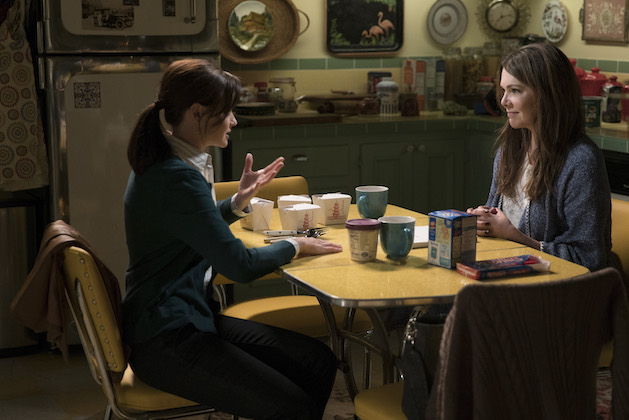 Marvelous Mrs. Maisel], which I’m very proud of. Dan and I have been in a Gilmore cocoon for a year and a half. It’s been very intense. So we’re stepping back now. We’re happy it’s out. We’re happy we can talk about it.

TVLINE | But you’re not ruling it out.
I don’t rule anything in my life out. When people were talking about a Gilmore movie [after the original series ended] I was always like, “That’s not going to happen.” But I wasn’t going to say no. Because… why say no to anything?”

TVLINE | Has it even crossed your mind where the story could go next?
No. Not at all. People have asked me, “What is Rory writing in the book?” And I’m like, “I don’t know what the hell she writes in the book.” [Laughs]

PROCEED TO NEXT PAGE FOR SCOOP ON THE FATHER OF RORY’S BABY, THAT INFAMOUS LETTER, THE SIGNIFICANCE OF LUKE AND LORELAI’S WEDDING DATE AND MORE