Question: What can you tell us about Sara Ramirez returning to Grey’s Anatomy? —Gloria
Ausiello: I thought I might have an exciting update for you today, but, alas, there’s still no news on that front. My Callie scoop antennae experienced a bit of a jolt earlier this week when I heard through the grapevine that Grey’s is about to go into production on an episode set entirely onboard a commercial airliner as a crisis unfolds mid-flight. (An ABC rep declined to comment.) It’s not clear which of the docs will be on the manifest when said emergency erupts, but given Callie and Arizona’s shared, bi-coastal custody arrangement with Sofia, it seemed like a perfect opportunity to bring Ramirez back for a kickass standalone episode. Sadly, a source close to the actress tells me there are no current plans for her to return. Still, sounds like it’ll be a cool, emotionally fraught episode, especially considering what went down four years ago. 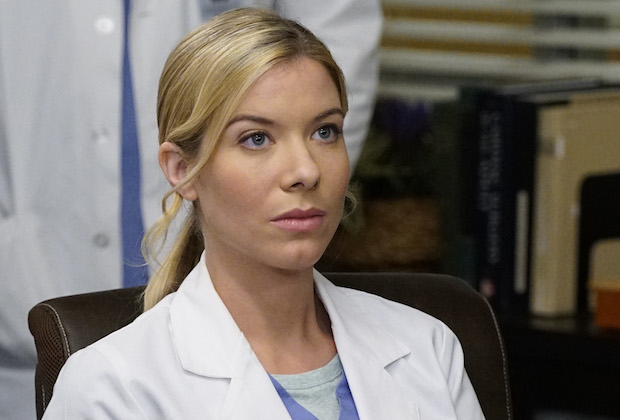 Question: Can you tell us if Leah is going to be Arizona’s love interest on Grey’s Anatomy? —Ashley
Ausiello: I could, but I’d be lying. This is Arizona’s new love interest.

Question: Where you been? I’m missing my Ask Ausiello! —Beth
Ausiello: I apologize for taking a vacation. It will never happen again.

Question: I need to know more about Jack’s death on This Is Us! How did it happen? —Mala
Ausiello: The answer to your question may be on its way very soon: The NBC drama is casting 15-year-old versions of Kevin, Randall and Kate. And since we know that the trio likely was around that age when Daddy Pearson died, it looks like we’re getting a flashback to the big moment (or sometime near it). I’d advise you to stock up on extra Kleenex, but let’s be honest: If you’re a diehard fan, you’ve done that already.

Question: Any hints about who’s in the hood on Once Upon a Time, killing Emma? —Courtney
Ausiello: Well, if you re-watch that fleeting vision very, very carefully, and take note of the hooded character’s height and build… you will glean nothing, actually. “It was a stand-in used for that scene,” and not the actual actor that will eventually be revealed as wearing the hood, Colin O’Donoghue confirms. As for whether he or any other cast members know the identity of Emma’s killer, if only becayse the Once bosses have made it pretty clear they had someone locked in from go, “We might have an idea…,” O’Donoghue teased, “but we’re not gonna tell you!” 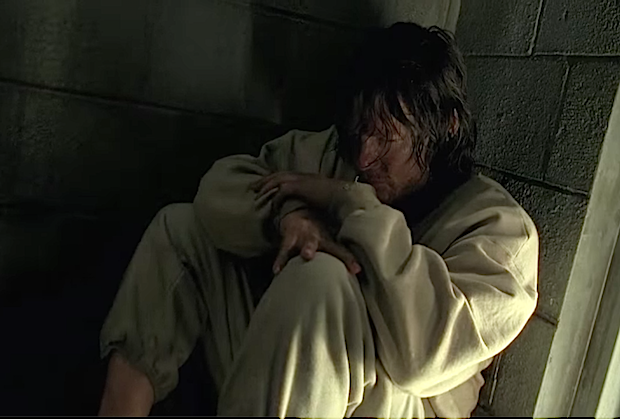 Question: Got any scoop on The Walking Dead? — Jeff
Ausiello: Sunday’s episode (AMC, 9/8c) not only gives us our first real impression of what life is like at the Saviors’ Sanctuary — and a worrisome indication of how Daryl is going to fare there — it also forces us, however reluctantly, to reconsider our opinion of Negan’s henchman Dwight.

Question: What is the latest on Blue Bloods‘ Jamie/Eddie storyline? Will they get together this season? —Deborah
Ausiello: Be sure to RSVP for the Nov. 18 episode, because that relationship starts to heat up when the partners attend a wedding together.

Question: Isn’t How to Get Away With Murder long overdue to have one of its series regulars actually get convicted for a crime? —Mindy
Ausiello: A recent casting notice for a pair of recurring, behind-bars characters makes me think you might be onto something, Mindy. The ABC drama is seeking a fortysomething female to play

Claudia, a “tough, scrappy, lower working-class” inmate searching for connection in her lonely prison life. We’ll also meet Jasmine, a tough cookie in her 60s who’s got no shortage of gravitas; just because she’s a silent loner, though, doesn’t mean she can’t forge bonds with people. Factor in those new characters to the ongoing flash-fowards of Annalise’s “fire night” arrest, and one has to hope Viola Davis looks good in prison orange.

Question: Is there any scoop you can spill about Scorpion? I would love something on Walter and Paige, but would honestly take anything I can get. —Stephanie
Ausiello: As Paige’s grifter mom Veronica (Switched at Birth’s Lea Thompson) enters the picture, she will take a liking to Walter… and a dislike to Tim. Veronica even offers Walter advice on how to woo her daughter. Will he take it? And if so, will it work? 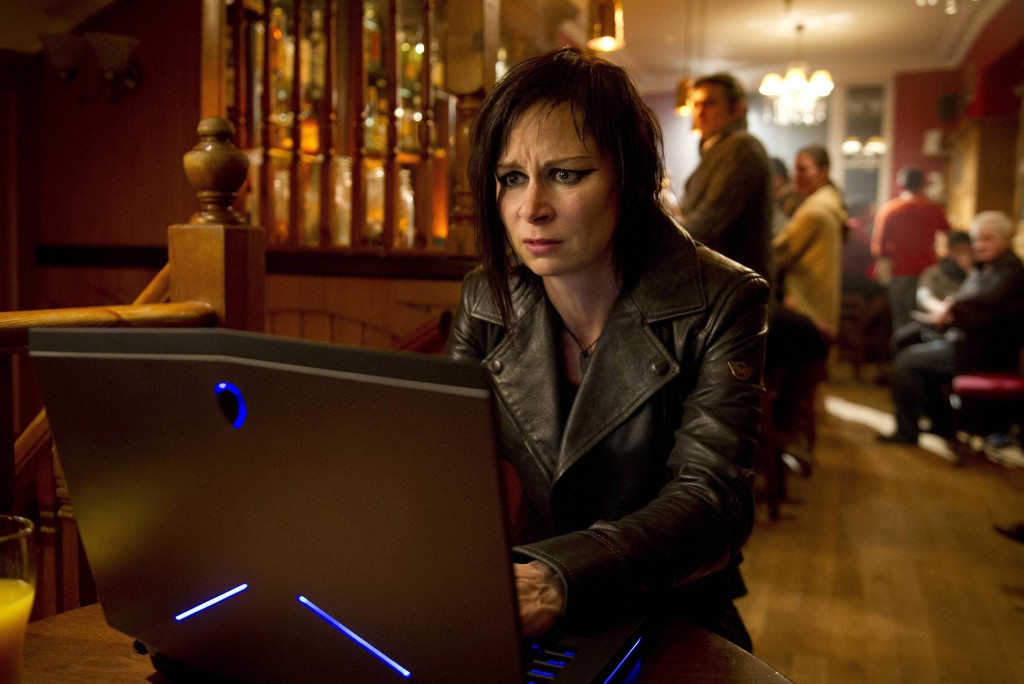 Question: What’s the latest on Chloe appearing in 24: Legacy? —Jeremy
Ausiello: The latest is you maybe probably shouldn’t hold your breath. Unless it’s in protest, in which you should absolutely hold your breath because it’s a most righteous cause and one that I can get behind.

Question: Why are you no longer doing the Ask Ausiello spoilers? —Aimee
Ausiello: Hooray, another guilt trip. Did you coordinate this ambush with Beth?

Question: Even though I love Nathan Fillion, and I know Adam Devine is a pretty busy guy, do you happen to know when Andy will be back on Modern Family? (P.S. I love you and all of your Gilmore Girls scoop!) —Robin
Ausiello: I hear there are no plans for Haley’s soul mate to resurface, although this late-breaking development could possibly change that.

PROCEED TO NEXT PAGE FOR SCOOP ON BETTER CALL SAUL, TEEN WOLF, LEGENDS OF TOMORROW, FREQUENCY AND MUCH MORE!