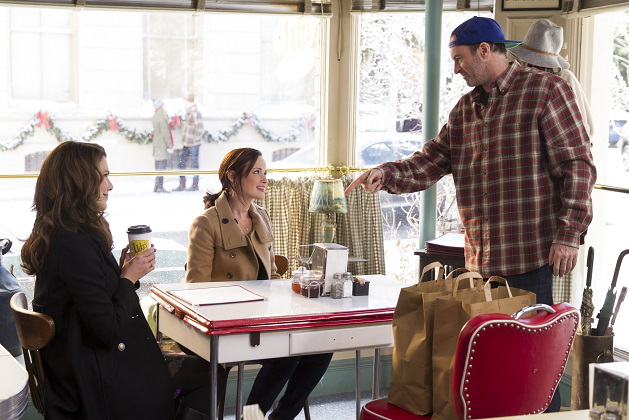 Question: Any Gilmore Girls scoop?—Jessica
Ausiello: Scott Patterson struggled to get back inside Luke’s head during the first days of production. “I was a little confused the first day of rehearsal,” he told us last week at EW‘s pre-Emmy party. “When we were about so shoot in [Luke’s Diner], I couldn’t quite get him. I didn’t feel like I had him. I had to take a walk around Stars Hollow to smell it, sense it, feel it. It didn’t take long. I went back in and said, ‘Alright, Amy. Let’s go.'” To the question of whether there may be more GG on the horizon, Patterson said that, for now, “The curtain is closed, but it’s a really thin curtain.”

Question: Are you going to the Gilmore Girls Fan Fest? —Audrey
Ausiello: We’re still ironing out some deal points in my contract so I can’t say for sure, but what I can tell you is that of course I’m going to be there don’t be ridiculous my entire life has been leading up to this festival for chrissakes.

Question: Any news on Jane the Virgin? —Bev
Ausiello: Now that Jane has officially moved on with Michael (assuming he, wink wink, survives), her relationship with baby daddy Rafael is going to revolve “a lot around Mateo,” executive producer Jennie Urman says. “Rafael has a surprising new attitude this season. After seeing Jane walk down the aisle with someone and all the subsequent events, he’s come to something new and that’s going to continually complicate their parenting dynamic in good, interesting, challenging ways.” 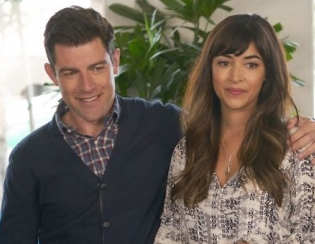 Question: Any New Girl scoop on CeCe and Schmidt? —Alex
Ausiello: And baby makes three! Eventually! “Of course children are in their future,” exec producer Brett Baer tells me, before adding: “But that’s probably a development that’s a bit down field for us. We’re excited to get to that, though, because the idea of Schmidt as a father is really funny for us.” BONUS SCOOP: Max Greenfield reacts to the prospect of Papa Schmidt via Facebook Live!

Question: Any scoop on Chicago P.D.’s Mouse? I saw somewhere that he might leave. —ViJa
Ausiello: The techie will, indeed, reach “a real fork in the road” when “he makes it known to Jay that he wants to reenlist, and Halstead is completely against it,” executive producer Matt Olmstead previews. Mouse starts to realize, “‘I’ve got more to offer than just pulling information up on the computer. There’s no way I’m ever going to make it to the [police] academy. I want to go serve again.’ Halstead’s convinced this guy’s on a suicide mission, and Voight’s stuck in the middle a little bit,” because Mouse needs help cleaning up his record. Ultimately, the storyline comes to “a conclusion where we make a big choice” in Episode 4, the EP reveals.

Question: Any scoop on Chicago Fire‘s 100th episode? Jessika
Ausiello: In addition to the usual dramatics, the milestone installment will feature the 100th birthday of Molly’s. “The guys, and Herrmann especially, try to exploit the fact that Molly’s is turning 100, and they throw a big party and get the newspapers involved,” executive producer Michael Brandt previews. But then they discover “Molly’s history is not everything that they wanted it to be, and so, of course, it blows up in their face.”

Question: Any Fear the Walking Dead finale scoop? —Bill
Ausiello: Would you settle for some (potential) Season 3 scoop instead? While neither Jack nor Flight 462‘s Alex appear in Sunday’s Season 2 finale, showrunner Dave Erickson says, “I love both of those characters and think there’s more story to tell with both of them, specifically with Alex. She’s still on my mind, she’s still alive, and she’s still out there. So I’m hoping there’s a way to bring her back into the fold in Season 3.”

Question: Anything on Suits? —Kathryn
Ausiello: Given that Mike and Rachel are back together and Louis is engaged to Tara, “There could be zero, one, or two weddings” in the back half of Season 6, executive producer Aaron Korsh says. OK, now for the real scoop: Pearson Specter Litt may follow through on Jessica’s merger idea, even though Jessica herself is no longer around. “Robert Zane is going to have to decide, and we’re going to wonder: Is he going to keep this offer on the table, or is he not?” the EP shares. “And whether he keeps it on the table or doesn’t, how are Louis and Harvey going to respond to that? That is absolutely one of the focuses of [Episode] 611.” 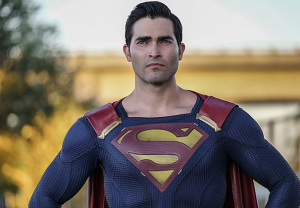 Question: Anything you can tell us about Superman being in the first episode of Supergirl? —Jeff
Ausiello: Despite traveling light, Supes arrives in National City with some baggage — namely, a long-simmering dispute over something Hank Henshaw did in the past. Other than that, though, things are easy-breezy for this Clark Kent, who during the course of the Oct. 10 premiere flusters Cat Grant (among others in his cousin’s orbit), checks in with lady love Lois and joins Kara in laying eyes on the “new” (and yet not) DEO base.

Question: Is Vice Principals really ending after Season 2? I feel like they’re going to need more than eight episodes to wrap up that insane cliffhanger. —Kenneth
Ausiello: Series creator and star Danny McBride told me this back at Comic-Con: “We’re not going to be idiots and say we’re never going to do something again, but it was definitely approached as if this is what it is. That came from being burned on other shows that I have watched where I invest heavily in the beginning, and as the show becomes more popular, they start f—ing it up and putting in all these filler episodes. And by the time it gets to the end, the original writers have peaced out and are on other jobs.”

This AAnd That…
♦ Goldbergs creator Adam F. Goldberg tells us that much later in the season his ABC comedy will “explore 80s punk, Sex Pistols, Black Flag and all of that. Barry is determined, because Lainey likes bad boys, to become a punk and ends up looking like a pirate, gets an eye-patch.” 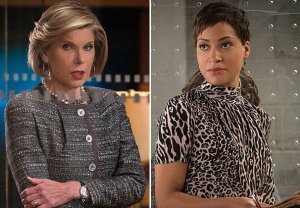 ♦ This is not the official title, but I hear the ever-cheeky Robert and Michelle King are internally referring to their forthcoming Good Wife spinoff as The Good Wife Derivative.
♦ Huge news: We launched a brand-new newsletter that recaps the week’s six biggest TV stories, because we know you’re busy and sometimes stuff slips through the cracks. It drops every Friday and you can sign up for it here (it’s the one called “Story of the Week”). While there, you can also join our Breaking News Alert list (aka “All Spoiler, Casting & Scoop News”) as well as our daily “What to Watch” advisory.
♦ An upcoming Mindy Project episode — probably the midseason premiere — will involve a “supernatural-conceit/romantic fantasy trope,” EP Matt Warburton tells us. “It’s our take on one of the all-time classic romantic fantasy movies.” Log your guesses in the comments!