Snow White would be well advised to “watch her six” when ABC’s Once Upon a Time returns.

In this exclusive photo below from Season 6 (premiering Sunday, Sept. 25 at 8/7c), Snow, David and Regina (played by Ginnifer Goodwin, Josh Dallas and Lana Parrilla) are out exploring a most unusual crash site in the Storybrooke woods, in the wake of the Untold Stories characters relocating to their quaint Maine burg. Little does the princess/warrior know, something that Regina’s regal self did in the past is poised to also come crashing down around her.

“Snow’s history with Regina comes back to haunt her and Charming,” co-showrunner Adam Horowitz tells TVLine, “as a plan set in motion years ago by the Evil Queen comes to dangerous fruition in present-day Storybrooke.”

Might this ominous twist tie into what Josh Dallas shared at Comic-Con (in the video down below), that “some things [David] thought were truths in his life… maybe weren’t so true”? That the Charmings would have “stuff to deal with”? 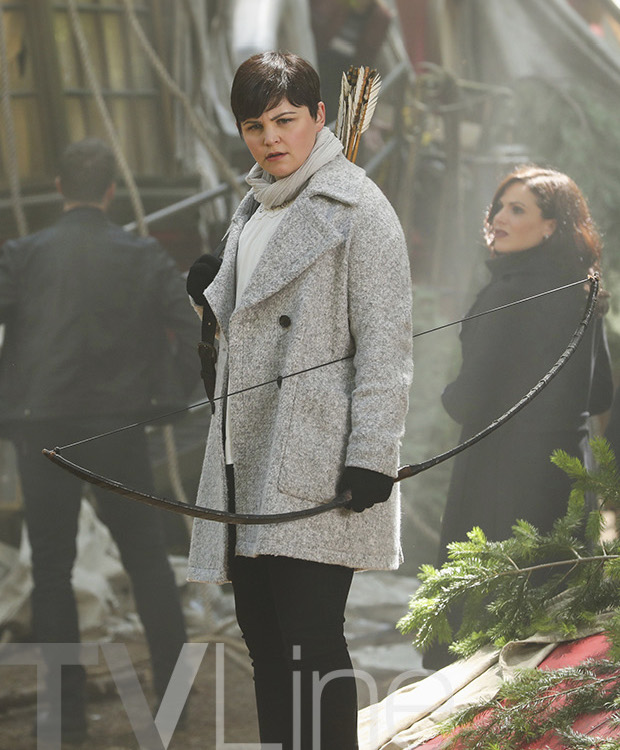