Question: I’m curious about the mention of a boyfriend for Arrow‘s Felicity (in TVLine’s Comic-Con video). She’s supposed to be so traumatized by Havenrock that she has pretty much shut down and is focusing on work as a vigilante, but she’s also dating? Seems odd. —Morgan
Ausiello: Yes, Felicity is laser-focused on keeping Team Arrow alive, in some (new) form. But as such, no one can fault her for welcoming, after a “long day,” a shoulder massage at the loft from… well, you’ll see. 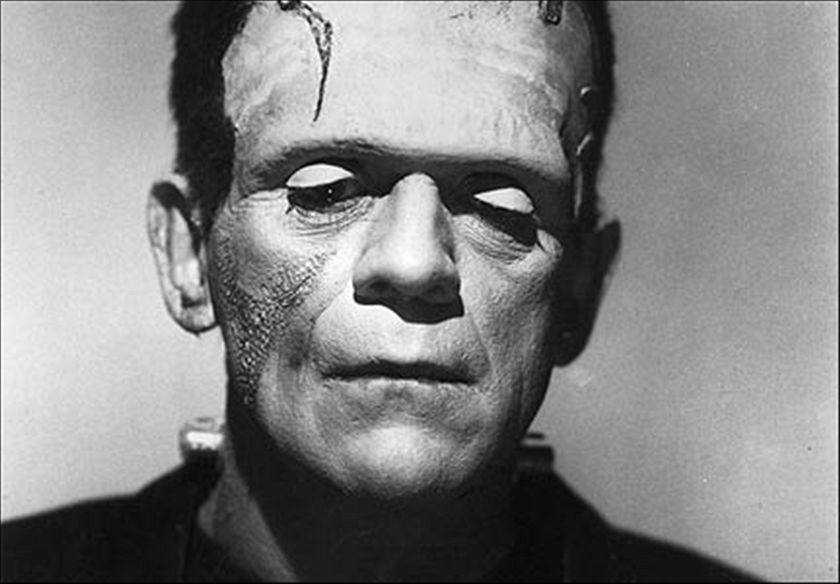 Question: Do you have any scoop on the final season of Grimm? —Jordan
Ausiello: Frankenstein is coming! Allegedly! (j/k, there definitely is a Frankenstein ep. coming up.)

Question: Do you have any Once Upon a Time spoilers that concern “Snowing”? —Lyss
Ausiello: In addition to the well-reported drama to be drummed up by the Evil Queen, Snow and David will at least attempt to get a better bead on their own “happily ever after,” now that Neverland, memory wipes and Hell are behind them. In Season 6, “They’re back in Storybrooke, trying to make a life for themselves there,” says co-creator Adam Horowitz, “so we’re trying to dig more into what daily life is, what normal is.” And as that regards the princess and prince, “In an early episode, you’re going to see Snow White ask the question, ‘What is normal? And how do we get back to it?’ That’s something that she and Charming strive toward.”

Question: What’s next for Empire‘s Jamal? —Evelyn
Ausiello: As previously reported, Juan Antonio is joining the cast as Philip, a PTSD support-group leader and love interest for the middle Lyon son. But don’t be surprised to see an “It’s complicated” label next to the potential couple’s relationship status. “It’s an interesting and very specific love story for Jamal, and it becomes a love triangle” later in the season, says EP Ilene Chaiken. Just because the situation is fraught, however, doesn’t mean it won’t be hot. “We don’t shirk any opportunity to be sexy. There will be plenty of sexy Jamal,” she insists. Any chance the third part of Jamal’s triangle will be his polarizing Season 2 hookup, Alicia Keys’ Skye Summers? “The one thing I’ll tell you,” Chaiken responds, “is that Jamal is not going to be fooling around with any girls this year.”

Question: I don’t remember Empire‘s Shyne Johnson being such a scary dude last season. What gives? —Robby
“It was intentional that we introduced Shyne as an amusing character. He wasn’t a comic presence, but somebody who could feel a little buffoonish,” Chaiken says of rapper Xzibit’s character, who crashed Hakeem’s wedding with a pair of prostitutes on his arm in the Season 2 finale. “In fact, though, Shyne is formidable, and we learn that quickly. He’s going to complicate things for the Lyons. He’s a part of the history of Lucious and Cookie, of Empire and of the music, and he’s coming back into their lives in a consequential way.” 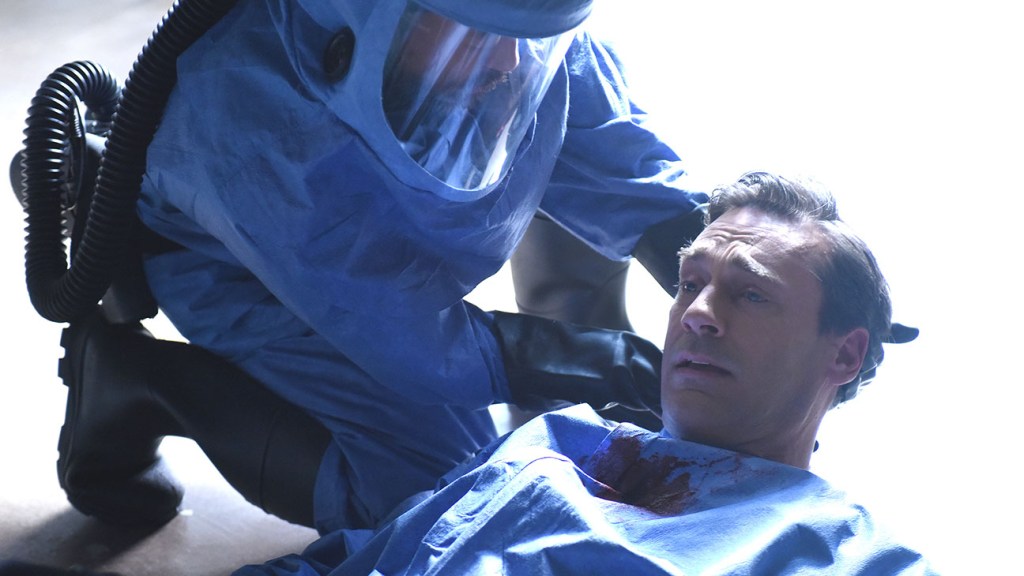 Question: Loved the Mad Men reunion on Last Man on Earth, but I was even more excited to see Kenneth Choi under the other hazmat suit. Is he a series regular now? —Jeff
Ausiello: Will Forte declined to say when I spoke to him last Thursday, but he did hint that Choi’s Lewis “sticks with us for a while.” January Jones, meanwhile, tells me that the fallout from Melissa killing Daryl has yet to be fully felt. “In the premiere, you don’t see much remorse,” she says. “But over the next couple of episodes, she goes through the various stages of grief and becomes unhinged. You see some violent, sort of emotionless behavior, and it’s pretty clear she doesn’t know how to process taking a life. She becomes sort of dangerous and a liability. It’s been an absolute blast to play all of these different levels of insanity, really. I’ve gotten to do some pretty funny stuff.”

Question: Who was that person in Harry’s room at the end of the Quantico premiere? I’m confused. —Sheila F.
Ausiello: That’s Sebastian Chen, played by 90210‘s David Lim, and though we’ll learn more about him in the coming weeks, showrunner Joshua Safran gave us a little teaser. Sebastian “is a very strong, upstanding citizen. He is a religious person, and he enervates people around him, because he is so good — and not just good, but he’s so smart, and he makes the right decisions.” Safran adds that Sebastian “has such a strong moral center.” Well, for now at least…

Question: What will Jemma’s working relationship with Agents of S.H.I.E.L.D.’s new Director (played by Jason O’Mara) be like since her promotion, and how will that interfere with her romantic relationship with Fitz? — Brynna
Ausiello: As suggested in the season opener, Simmons is “kind of enjoying this new level of power, and having to kind of figure out what that means,” says Elizabeth Henstridge. “But I don’t know that she and the director are ‘buddies’ really.” And though the new gig eats into her time spent alongside Fitz, the twosome will be tested by their version of ordinary. “The cool thing is like we’ll have little tiffs, or we’ll have to get over certain things that reflect real life,” says Henstridge, “but it’s so heightened because it’s about LMDs, or saving the world, or ‘Who is this kid with the flaming skull?’ It’s based in reality, but we’re discussing topics that are just so crazy!”

Question: I’d appreciate some intel on the final season of Orphan Black, please. —Kelly
Ausiello: In addition to exploring the science of life extension, the final season may also finally offer up some answers about Kira’s strange connection to the sestras. “That has been a enduring mystery, and I’ve always liked the fact that whatever is up with Kira, it’s something that Sarah can’t quite face,” co-creator Graeme Manson tells us. “She’s hasn’t been able to face it or address it because she’s just a little kid. She doesn’t want her to be special or different or chased around or whatever. But I think there’s a reckoning coming this year.” BONUS SCOOP: My favorite clone, Krystal, will be back, and she’ll be sharing scenes with Donnie, Felix and Art!

Question: Do you have any Supernatural scoop? —Joanna
Ausiello: The events of last May’s holy finale “have affected” Rowena, portrayer Ruth Connell confirms, but “maybe not in the way that you think. She’s trying a different tactic. Whether it works or not, remains to be seen.”

Question: Will Raj be dating Emily and Claire on this season’s Big Bang Theory? —Lynda
Ausiello: Affirmative. Even though his clusterfrak of a love life received zero attention in last week’s star-packed premiere, exec producer Steve Molaro confirms, “He is still involved with [both Emily and Claire]. We’ve got to take care of other [storylines] that are in play before we can refocus on things like Raj’s dating situation.”

Question: Will Peri Gilpin be coming back to Scorpion this fall, as the Assistant Director of Homeland Security? —Tess
Ausiello: At this time, there are no plans for the Frasier alum to reprise her role as Katherine Cooper, but that doesn’t mean she might not help the team later in the season.

Question: I’d love any scoops on Tom Cavanagh’s character(s?) or Danielle Panabaker’s Caitlin Snow on The Flash. Is Tom even going to be in the Season 3 premiere? —Rym
Ausiello: There is no sign of nor reference to any Cavanagh characters in the Oct. 4 opener. Meanwhile, having seen the premiere, we can confirm that the scant teases thus far about Flashpoint’s version of Caitlin have been very carefully worded. And it is awesome.

PROCEED TO NEXT PAGE FOR SCOOP ON GILMORE GIRLS, CHI FIRE, GOOD WIFE, SUPERGIRL AND MUCH MORE!