We’ve got questions, and you’ve (maybe) got answers! With another week of TV gone by, we’re lobbing queries left and right about shows including Ray Donovan, UnREAL, The Fosters and Saturday Night Live! But first, a special Olympics interlude:

1 | Doesn’t it seem unfair that the female gymnasts have to navigate the balance beam while a competitor’s loud floor music plays?

2 | We know Olympics fever is upon us, but did we really need to watch Billy Bush get a Brazilian waxing on Monday’s Access Hollywood? Also, doesn’t it seem like NBC is hitting some of the same storytelling points — such as how Kerri Walsh Jennings asked April Ross to be her partner at the London games — over and over and over? 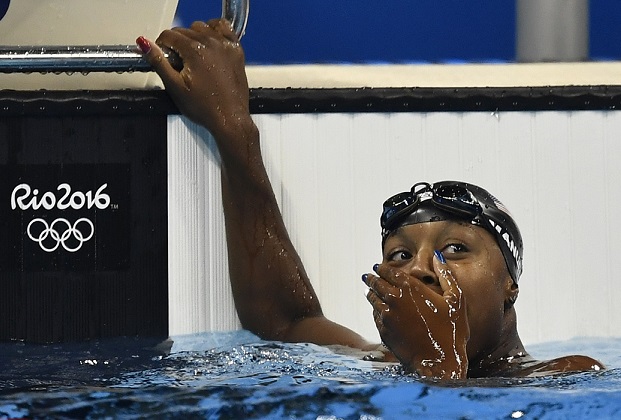 3 | Which Week 1 moment made you cry harder: swimmer Simone Manuel’s record-breaking/history-making gold medal win in the 100m freestyle, or cyclist Kristin Armstrong clutching her young son and sobbing after taking gold in the women’s time trial?

4 | Were you in pain watching Russian gymnast Seda Tutkhalyan completely fall apart on the floor exercise during the all-around competition?

5 | Can someone explain to us the purpose of Ryan Seacrest’s presence at the Rio games?

6 | Outcast fans, wasn’t it mean enough that the show had a possessed Megan kill Mark? Did she really have to pull glass out of her dying husband’s neck while he pleaded for help, too?

7 | Is Amazon attempting to outdo Netflix by releasing nine new and returning shows this fall? And does the streaming service run the risk of having its four September launches — including the acclaimed Transparent — go unnoticed by releasing them during the busiest premiere month of the year?

8 | Can we pretend that Sunday’s tedious, series-worst episode of Ray Donovan — which among other things confirmed our suspicions that Hank Azaria’s cloying Cochran is best served in small doses — never happened?

9 | Are you surprised that Fox is actually considering a third season of Wayward Pines?

10 | Is it safe to say that SNL alums Taran Killam and Jay Pharoah will not be on Lorne Michaels’ short list of MVPs that pop in and out on occasion? On that note, will the show call on Fred Armisen to play Obama again? And where does Jon Rudnitsky rank for you in the program’s history of one-and-done players, on a scale from Brooks Wheelan to Martin Short?

11 | Is UnREAL really trying to have Jeremy make amends with Rachel – and viewers – by possibly murdering two people? Why is the show still trying to redeem the character?

12 | How awkward was The Fosters‘ opening this week with Brandon realizing his ex Callie and her boyfriend AJ were having sex in the next room? Did you actually feel sorry for the The Worst Decision-Maker Ever?

13 | YouTube views be damned: With Britney Spears announced as The Late Late Show‘s 11th (!) Carpool Karaoke passenger of 2016, can we agree the show needs to put a pin in the bit, at least for a few months?

14 | As far as human-based Zoo CGI goes, was this mild-mannered open cargo bay door “goodbye” among the worst? (Also, did Jamie really say to Logan just before, “Was any of it real?”? Maybe she was referring to the jumbo jet.)

15 | Having worked for AllSafe, shouldn’t Mr. Robot‘s Angela have been even 10 percent more adept at coding? And when confronted by the FBI agent about her long bathroom break, why not just claim some TMI stomach bug?

16 | Should CBS have waited to announce Stephen Colbert’s live post-debate Late Shows until everyone is sure Trump is going to agree to the face-offs? And with Jon Stewart signed at HBO, is there any chance at all that he’ll be allowed to appear on Colbert’s possible Showtime 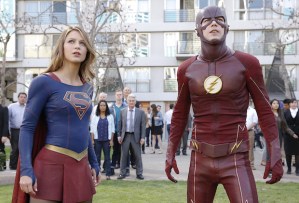 17 | Which tune would you love to hear during the Flash/Supergirl musical crossover? (“Born to Run?” Peter Pan‘s “I’m Flying”?) And will you be disappointed if there isn’t an original song titled “An Ode to Ice Cream”?

18 | Anyone else suspect Showtime is holding off on announcing Twin Peaks‘ premiere date to give the unpredictable, quixotic, perfectionist David Lynch a lot of wiggle room in terms of a deadline? 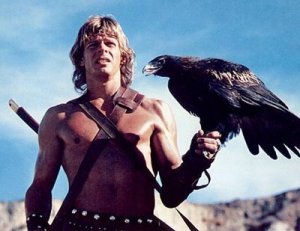 19 | How has Marc Singer’s Beauty and the Beast‘s baddie not once referred to himself as “the beast master”? Also, how thoroughly could DHS have searched Graydal if Heather didn’t even have time to make Cat a cup of tea?

20 | Even if Ripper Street and the recent Thirteen weren’t doing well enough to stay in their Thursday-at-10 time slots on BBC America, the move to 6 pm — rather than a new primetime slot on another day — is more than a little bizarre, right?

21 | To the parents of Star Wars-obsessed children, we ask: Did you let your wee ones stay up way past their bedtime to watch the Rogue One trailer Thursday night?