We’ve got questions, and you’ve (maybe) got answers! With another week of TV gone by, we’re lobbing queries left and right about shows including Stranger Things, The Fosters, Rizzoli & Isles and Wayward Pines!

1 | From Stranger Things Episode 5: Why didn’t Hopper contact Joyce right after he discovered that Will’s corpse was a fake?

2 | As great as it was to see the old Degrassi gang during Episode 500, was anyone else disappointed that Emma and Spinner were still married after that wacky TV-movie? Was it delusional to think Sean came back from war and he and Emma rekindled their romance?

3 | Admit it: To this day, do you still watch Orphan Black cast interviews and catch yourself looking for the “other” clone actresses?

4 | While it’s unfortunate that Naveen Andrews couldn’t reprise his Wonderland role, Once Upon a Time‘s casting of Oded Fehr as Jafar is still quite spot-on, yes? Can Gilbert Gottfried cameo as his manservant? 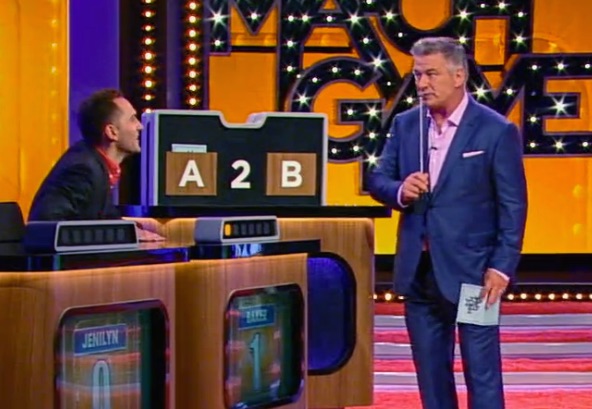 6 | Do we have this about right: $100,000 Pyramid is about who gets the most perfect score, while Match Game is often about which contestant can manage a single point?

7 | Preacher fans, your first reaction to Emily feeding Miles to Cassidy: “OMG, they made Emily a murderer!” or “Whew! The guinea pigs are safe!”?

8 | On Power, aside from the whole gun thing, didn’t Angela’s introduction to Ghost’s kids go much better than you expected it to?

9 | Wouldn’t/shouldn’t The Last Ship‘s Barnes have leveraged President Michener for an exclusive “tell-all” sitdown vs. letting him give an address to the nation? (Rookie mistake.)

10 | Isn’t just about any creature more inspiring than the dung beetle that one American Ninja Warrior contestant adopted as his spirit animal during Monday’s broadcast?

11 | Does it suddenly make so much sense why UnREAL‘s Rachel is so messed up, given her confession to Coleman about being raped and her mother sweeping it under the carpet? 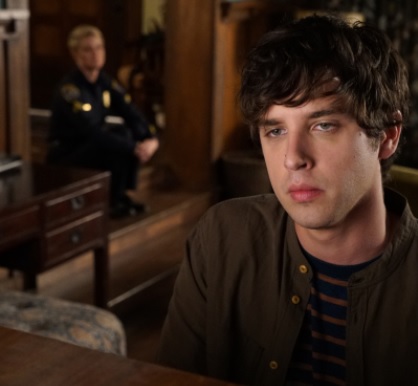 12 | Is there no end to Brandon’s terrible decisions on The Fosters – selling fake IDs, ignoring a restraining order, getting involved with a single mom (who’s still married) and now taking the SATs for someone else?! Who would have thought Jesus would end up being the smarter brother?

13 | We’re halfway through this season of Guilt, so it’s time to place your bets: Who killed Molly Ryan? Are you kind of rooting for Grace to be a sociopath?

14 | How much new Rizzoli & Isles femslash was born of the scene where Maura applied a henna tattoo to Jane’s neck and bared shoulder? And is it pretty obvious the series will end with Jane taking a new, “safer” job?

15 | Shouldn’t the new Carpool Karoke series have landed on CBS All Access vs. Apple Music? To, you know, give people another reason, besides Star Trek: Discovery and the Good Wife offshoot, to subscribe?

17 | How much of a hit do we think Black Friday sales will take in light of the Gilmore Girls premiere-date news? Off YOY by 10 percent? 20? More??

18 | Suits fans, is Louis vs. the stock traders one of the funniest things the show has done in some time? 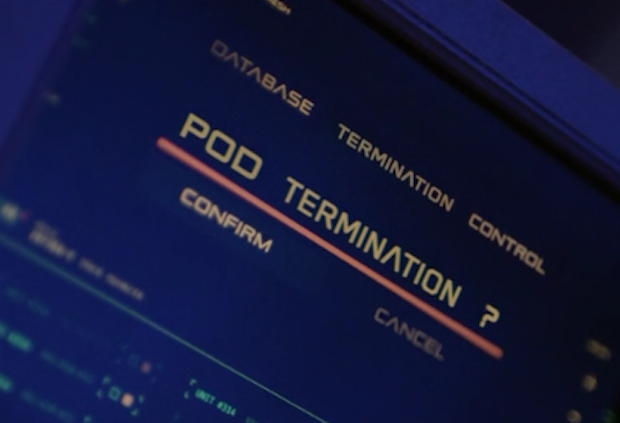 19 | Perhaps we’re being childish, but did anyone else first read this Wayward Pines monitor as “POO TERMINATION”? (Surely they could’ve chosen a font that better distinguishes between Os and Ds! Then again, these same displays gave us the typo “COUTINUING CRYOGENIC PROCESS.”)

21 | Did Netflix renew Flaked just to keep Will Arnett happy ahead of Arrested Development Season 5 negotiations? And were you aware Rob Schneider even had a show on Netflix before this week’s renewal of Real Rob?

23 | Hey, DNC and RNC organizers — how about you spend the next four years studying up on how to properly time a balloon drop? Speaking of the DNC, which Obama gave the better speech: POTUS or FLOTUS?