ABC’s Once Upon a Time, at long last, is taking on the story of Aladdin, as revealed during a Season 6 teaser that debuted at the San Diego Comic-Con on Saturday.

At the close of Once‘s panel, 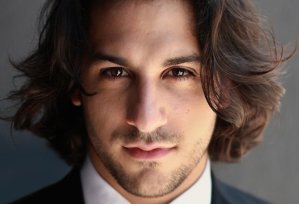 cocreators Adam Horowitz and Eddy Kitsis gave the audience one more treat — in the form of the first three minutes from the Sunday, Sept. 25 season premiere. At the close of the clip, viewers met Aladdin, who is being played by Deniz Akdeniz (South Beach, right).

Poised to get in the street rat, riff-raff’s face, meanwhile, is Covert Affairs favorite Oded Fehr, as the evil Jafar. (Lost alum Naveen Andrews played the Royal Vizier of Agrabah on the short-lived Once Upon a Time in Wonderland spinoff, but was unavailable to reprise the role, due to his Sense8 commitments.)

Here is the sneak peek that was shown:

#OnceUponATime is entering a whole new world… Here's what we just revealed at #SDCC2016!https://t.co/L5ZMeem5Kh

The reveal of Aladdin and Jafar comes on the heels of a flurry of other Season 6 castings, including Giles Matthey (24: Live Another Day) as Morpheus, Craig Horner (Hindsight) as the Count of Monte Cristo and the returns of Cinderella/Ashley (played by Jessy Schram) and Dr. Archie Hopper (Raphael Sbarge).

Are you excited to see Oded Fehr offer his take on Jafar?