The seventh film in the Star Wars franchise will make its small screen premiere on Starz on Saturday, Sept. 10, the cable network announced Friday.

RELATED Star Wars Live-Action Series: Why the Force Won’t Be Awakening on TV

The J.J. Abrams-directed interstellar flick will debut at 9/8c on all six Starz channels and will be followed by another showing at 11:20 pm; TFA also will be available for download via the Starz app on Sept. 10.

“No greater fandom has ever existed than the Star Wars fans, and we are thrilled to be the exclusive home of The Force Awakens,” Starz president and CEO Chris Albrecht said in a statement.. “We are offering a variety of ways for fans and subscribers to watch – on the STARZ networks, on demand, by streaming or download on the STARZ App or through an Amazon Prime STARZ subscription. We want to make the movie as accessible as the fans’ appetites for what is truly one of the greatest franchises of all time.”

In addition to series mainstays Harrison Ford and Carrie Fisher, the movie’s cast includes some of your TV favorites, including Adam Driver (Girls) and Gwendoline Christie (Game of Thrones).

Will you tune into the adventures of Han, Leia, Chewbacca, Rey, Finn, BB-8 & Co. (not to mention that guy who shows up at the end)? Hit the comments and let us know! 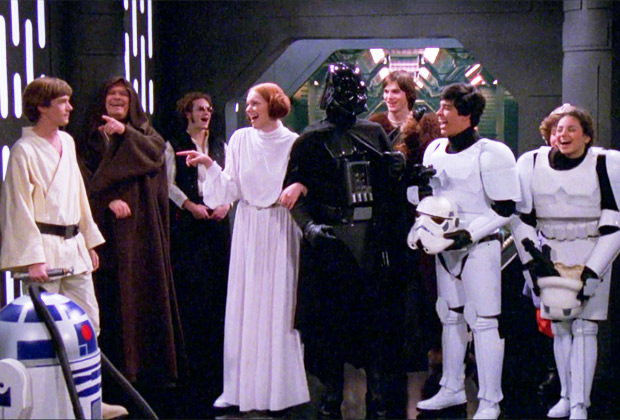