With Star Wars once again a pop culture force to be reckoned with, the time would seem ripe to revive that long-gestating live-action series set “in a galaxy far, far away.” But the project remains about as active as R2-D2 in The Force Awakens. Why? It’s complicated.

Back in 2005, a live-action series — Star Wars: Underworld — was not only announced, it had been developed by George Lucas himself. The hour-long drama was said to be set between the original film trilogy and its prequels, and would focus on two families’ battle for control for the universe’s seamy side. The project got so far along that 50 scripts were reportedly written by scribes such as Battlestar Galactica’s Ron Moore. Apparently, they were great, too. Lucasfilm producer Rick McCallum was so impressed that, according to Slashfilm.com, he likened the proposed show to The Godfather and “Deadwood in space.”

However, once Disney purchased Lucasfilm, jump-starting the film franchise became the priority. So, although Disney-owned 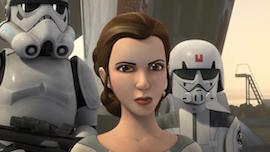 ABC — the likeliest home for Underworld — would obviously love to have a live-action Star Wars series on its lineup, “they are focused on their movies,” network president Paul Lee tells TVLine, “so we don’t have any plans at the moment.” Concurs a Lucasfilm rep: “Our current focus for TV is on animation [Star Wars Rebels, etc.].”

Still, Underworld — or some variation of it — may not be dead. Last month, rumors began to circulate that Netflix was in negotiations with Disney to develop a live-action Star Wars series to debut as early as 2017. And Lucasfilm head Kathleen Kennedy told Slashfilm that Underworld was “something we would very much like to explore.”

Though there would certainly be a huge audience for a live-action Star Wars series, at least one industry insider (who’d only speak under the condition of anonymity) thinks that “it’s smart brand management” not to do one. “I imagine,” theorizes the power player, “they’re looking to avoid the Marvel-ization of the franchise,” which has found the comics’ heroes and villains duking it out in more than a dozen live-action features and series.

Plus, if a live-action Star Wars series were greenIit now, it probably wouldn’t be able to involve Force Awakens‘ driving, um, force J.J. Abrams. “Since my TV deal is at [Warner Bros.],” he explains, “it is unlikely that [my production company] Bad Robot will be involved in any Star Wars television projects.”

So, what do you think? Should Lucasfilm move forward with a live-action Star Wars series? Or should it continue to focus on the film franchise? 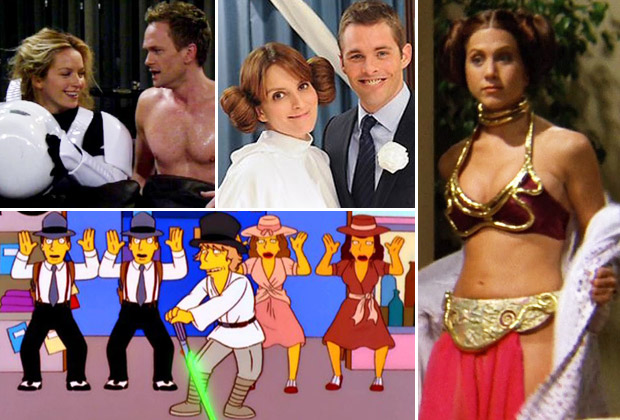