Nashville‘s series finale aired Wednesday night, bringing to an end the saga of Rayna Jaymes, Juliette Barnes and the rest of the players in their soapy, soulful Music City circle. The finale itself followed the formula for a steel-toe-boot-to-the-heart country song: one part lovin’, two parts tears, 10 parts near-certain tragedy and one part repentant teenager, praise Reba.

But because these recaps have always come from a place of love, let’s start with the happier stuff first. Rayna-Deacon fans were rewarded with the couple’s reconciliation — that marriage counselor apparently was really good at his job — which came as they successfully freed daughter Maddie from the clutches of a predatory producer.

And Scarlett and Gunnar surmounted interloping country stars, the demands of fledgling fame and many hemp chokers, finding their way back to each other in the wake of his tryst with Autumn. So that’s good, right?

Yeah, I know — it’s hard to celebrate small victories while a chasm of unresolved Javery yawns before us. And yawn it will, for eternity or until the series gets picked up by another network or platform, whichever comes first. (Spoiler alert: Magic 8 Ball says: “Signs point toward eternity.”)

Read on for the highlights of “Maybe You’ll Appreciate Me Someday.”

* Maddie’s new label hooks her up with a New York producer, and when the teen posts a selfie with the man to Instagram — duckface and all — Rayna recognizes him as a predatory creep who played the Dr. Luke to her Kesha back in the day. Vowing to save her kid from a similar fate, Rayna writes a letter about her experiences with the producer (and as a woman in the business) and has it published in the Huffington Post.

Later, while Rayna and Daphne take the stage at Rayna’s sold-out benefit concert for FosterMore — at the same time that Deacon is mysteriously MIA — Maddie reads her mom’s open letter online and then tells the producer she wants to leave. He objects in the grossest way possible, forcing a drink into her hand and telling her he thought she wanted “a real, grown-up career.” 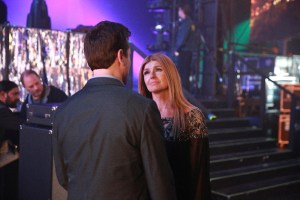 Just then, Deacon busts in, gets Maddie out of there and doesn’t beat the producer to a pulp, which is progress! Cash shows up and apologizes for basically feeding her “friend” to a letch, and Deacon tells his daughter it’s her choice who she wants to go with. Cut to the FosterMore concert, where Maddie runs into her mom’s arms while Deacon looks on approvingly. “You brought her back,” Rayna says, kissing Deke. “Thank you.”

* When professional hater Cynthia Davis refuses to interview Will on her show (something about him being an “avowed homosexual,” which is just the dumbest damn thing you can say), Luke and Will ask Kevin — aka “The only link to the community that I have,” Will says, which, what? The only link ASIDE FROM ACTUALLY BEING GAY YOURSELF — to help them drum up a protest and concert outside her studio. It works: Cynthia agrees to have Will on her show that day, provided the spectacle outside the building shuts down.

When the cameras roll, Cynthia kicks off her show by referring to Will’s “homosexual agenda” as — I kid you not — “domestic terrorism.” But Luke realizes that she’s scared that her audience “might recognize me… as their brother or their cousin or their friend or their co-worker.” As her vitriol increases, Will only gets friendlier and warmer. “There’s nothing to be scared of here,” he reassures her.

The interview is a hit, and Will exits the studio to see the crowd — and a very happy Kevin — waiting for him. They reunite. Yay!

* The lead-up to the Oscars is marred for Juliette when a paparazzo approaches her with allegations of her involvement in Jeff’s death. (Ju, honey, after all this time, WHY DO YOU ENGAGE WITH PAPARAZZI? WHEN HAS THAT EVER SERVED YOU WELL?) The gossip site the guy works for got its tip from Layla, and Ms. Grant goes a step further when she lets Jeff’s sister know that Colt Wheeler saw everything that went down (literally) on the night of Fordham’s death. And when a distraught Juliette won’t take Avery’s concerned calls, he figures that she’s changed her mind about wanting him and Cadence by her side in Los Angeles for her big night.

But Luke calls Avery and makes him aware that Colt told Layla about Jeff and Juliette at Deacon and Rayna’s wedding… at the same time that Glenn informs Ms. Grant that he knows she tipped off the press about Juliette, and therefore he’s no longer her manager. “What was I to you? A target? Some kind of revenge?” Avery asks, finally realizing that the woman he’s been sleeping with is “crazy, and we’re done.” 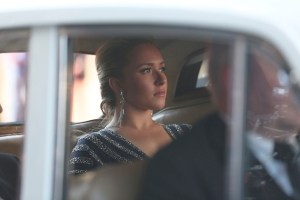 Having paid off Kate Fordham — to the tune of $3 million — Juliette laments that everything about her life is built on lies. “Tell me how I can help you,” Glenn asks. “You can’t,” she spits. So she arranges for a sit-down interview AT THE OSCARS in which she tells all about her involvement in Jeff’s death and her suicide attempt. At home, Avery watches with tears in his eyes, then calls his ex-wife and lets her know that he and Cadence are there for her.

So Juliette leaves the Oscars — she didn’t win, anyway — and boards her jet back to Nashville. But somewhere between the West and East Coasts, Avery, who’s waiting at the airport for her, gets word that Ju’s plane has gone missing. And… that’s it!

* Scarlett blurts out to Gunnar that she loves him… before he can tell her that he and Autumn have spent the past two weeks in Aruba, fleshing out each other’s harmonies, if you catch my drift. (Look, after four years, my cache of musical double entendres is growing a little thin.) With Autumn whispering that Scarlett’s a manipulator and that he should just stay on the tour as a solo artist, The Exes prepare to play their last show before breaking up. Right before they go on stage, Scarlett decides to come completely clean with her bandmate… which leads to them kissing on stage… which leads to Autumn firing them.

What did you think of the Nashville series finale? Grade the episode via the poll below, then hit the comments to expand upon your choice!