The smoke has cleared — literally — and the rubble has been carted away from the blast site, but don’t assume that means that the three-month time jump between Quantico‘s second bombing and its midseason premiere provided much in the way of clarity or peace for Agent Alex Parrish.

“She told Simon to take his hand off the trigger,” star Priyanka Chopra reminds TVLine, referring to the moments following suspected terrorist Elias’ suicidal swan dive from a midtown Manhattan hotel. Alex was sure the threat had been mitigated. She was wrong.

“Now, she has to live with that,” the actress says. “Obviously, there were casualties [at the FBI command center] when the bomb goes off,” adding that the back half of the season will deal with “what happens to her, psychologically, after that.” 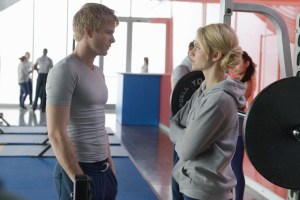 “Because of the time jump, a lot of things have changed,” showrunner Joshua Safran adds. The first — and perhaps biggest — difference? As previously reported, 32 FBI agents, including some we know and care about, were killed in the explosion. To recap: Claire, Clayton and Caleb Haas were in the building when the device detonated, as were Shelby, Raina and a bunch of others. But good luck getting anything out of Safran or executive producer Jake Coburn on that front.

“One thing we can say about Caleb is that you will not see him in the future in the first episode back, at least,” Coburn teases.

As Sunday’s hour (ABC, 10/9c) of the recently renewed drama opens, “Alex finds herself having to come to the carpet to explain her actions, and what she perceives as having transpired,” Safran previews. Chopra describes the situation in slightly more visceral terms. 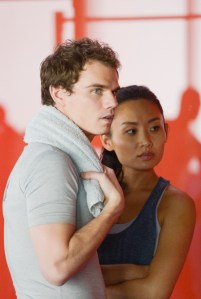 “She was made a fugitive of the law. She was blamed for the worst terrorist attack in America after 9/11. It’s got to affect you,” the actress says. “She was on the run. Everyone turned against her. There’s so much that’s going on in her head! Imagine all of that happening to somebody. She’s in a dark place.”

Meanwhile, back in the Quantico timeline, expect to see fresh faces — including Lenny Platt (How to Get Away With Murder), Jay Armstrong Jordan (Broadway’s On the Town) and Li Jun Li (Damages) — as new NATs.

“Relationships, jealousy, betrayal,” Chopra previews with a laugh, adding that viewers can expect “all of that good, juicy stuff that happens in Quantico in class.” — with reporting by Matt Webb Mitovich