We’ve got questions, and you’ve (maybe) got answers! With another week of TV gone by, we’re lobbing queries left and right about shows including Castle, The Flash, Suits and How to Get Away With Murder! 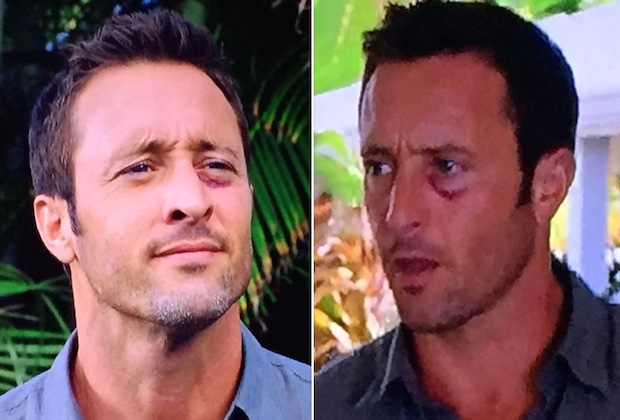 1 | Hawaii Five-0 fans, can we talk about Steve’s roaming black eye makeup? (At one point, it was twice the size and prac- tically on his cheek!) Also, was anything funnier than Grover growing more and more steamed about everyone else scoring a last-minute Valentine’s dinner rez?

2 | Could it have been coincidence that Second Chance featured a “dead pool” storyline the same weekend that Fox’s Deadpool movie hit theaters?

3 | After everything she’s done, does anyone actually feel bad for Sleepy Hollow‘s Pandora in her bad marriage? And did the show do the right thing by reuniting the Witnesses so quickly?

4 | In just a few weeks on Grimm, isn’t Eve far more compelling a character than Juliette ever was?

5 | How braindead are The Walking Dead’s walkers that they didn’t notice that guts-smothered Rick & Co. had pristine, clean, unblemished faces? 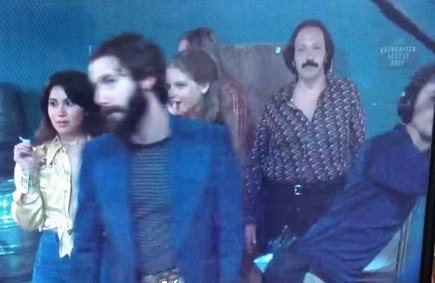 7 | Did Castle‘s Sunday episode really trot out, like, half the old One Life to Live cast and not make a single in-joke?

8 | Did Good Wife‘s Ruth overstep boundaries by encouraging Alicia to “cash out” on her marriage? (Shouldn’t Alicia be coming to his conclusion on her own, anyhow?)

9 | Not a single person on the Grammys team questioned closing the show with Pitbull? With special guest Robin Thicke? Speaking of that performance, did Sofia Vergara jump her own career’s shark by appearing as a sexy taxi? And at what point do people just stop inviting Lauryn Hill to stuff?

10 | We could believe that The Fosters‘ Jesus doesn’t know who Shirley Temple is, but pianist Brandon? Really? 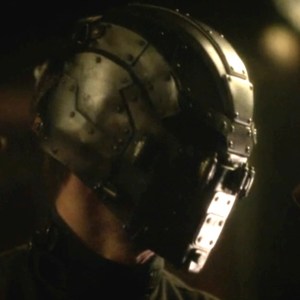 11 | Are we in agreement that The Flash’s Man in the Iron Mask is a dark-haired blonde whose skin is white on the neck but black on his hands? (Speaking of the mystery prisoner, why did he not just spell out letters on the glass? And was he trying to convey that his name is Jay, meaning the Crimson Comet hanging on Earth- One isn’t who he says he is?) Also, can Zoom win some awards for costume/character design? Or does “Candyman” Tony Todd deserve half credit for providing that creeeeepy voice? Finally (!), was that the least populated hospital ever that Jay saved?

12 | While Agent Carter’s zero matter is very cool to see in action and all, does anyone have a grasp on what exactly it is and why it does what it does? 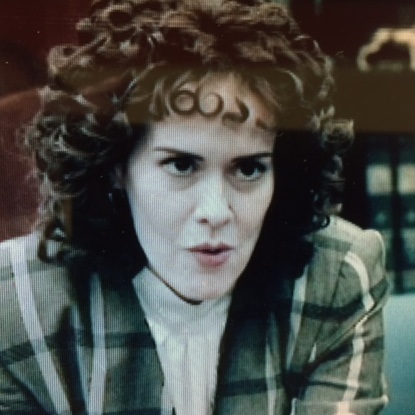 13 | How obsessed with the case was The People v. O.J. Simpson’s Marcia Clark that she had the defendant’s initials hidden in her bangs?

14 | Show of hands: Who gasped/threw something at the TV when American Idol‘s Jennifer Lopez re-wrote history and said she and her fellow judges “thought [Haley Reinhart] was gonna win” Season 10 — when in fact J.Lo rarely gave Haley a glowing critique and was clearly on board with producers’ pre-determined Scottie/Lauren finale? Also, which returning All-Star were you happiest to see dueting these past two weeks?

15 | On Arrow, the list of people who know of William’s existence is rapidly growing — Barry! Malcolm! Thea! — so exactly what harm would it do for Oliver to loop in his fiancée Felicity, who can surely keep a secret? And if Samantha never cashed Moira’s check, how did the authorities get a photo of it?

16 | Who has been least utilized this season: Parker Young on Arrow or Jason Dohring on The Originals, who both appear so intermittently and for a couple of measly moments that you have to hope it’s because they’ve found better gigs? 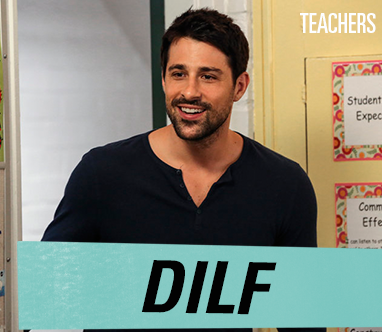 17 | What happened to Teachers‘ Hot Dad (Ryan Caltagirone) — and can we please get him back on every episode for the rest of the season?

19 | Is Suits‘ Mike being selfish by asking his friends to lie in court? Like, are you starting to feel like he should go to jail? And at this point, is there anyone who doesn’t know Mike didn’t go to Harvard?

20 | Did Scandal’s Mellie and Olivia read the hashtag wrong and think Thursday was #NationalDrinkShineDay? 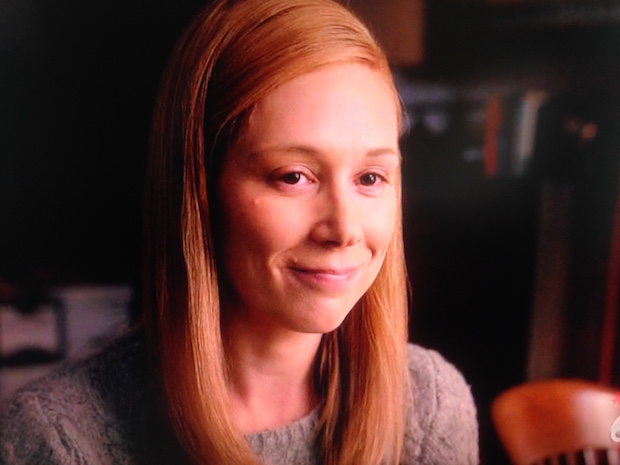 21 | Was HTGAWM’s Bonnie looking very Paris Gellar-esque in this week’s flashbacks? And what possible excuse can Frank offer for killing Lila Stangard that would prevent girlfriend Laurel from immediately breaking up with him — and then reporting him to the police?

22 | How long before Big Bang Theory germa- phobe Sheldon goes shopping for a new mattress after discovering Howard and Bernadette conceived their first child on his bed?

23 | Mom spoiler ahead: Which is more likely to blow up in Christy’s face: the rest of her friends learning she ignored Jodi’s call, or Marjorie finding out the group kept Jodi’s [spoiler] a secret from her throughout the reception and her honeymoon?

24 | On London Spy, why didn’t the multi-national alliance to suppress Alex’s “End All Lies” software simply have Danny killed? (Well, aside from the fact that we then wouldn’t have had a series!)

25 | Isn’t Elizabeth Banks way too big a star to be shilling for a Realtor site?