THE BLACKLIST SPINOFF (Drama)
CAST: Famke Janssen (How to Get Away With Murder), Ryan Eggold (The Blacklist), Edi Gathegi (The Blacklist), Tawny Cypress (Unforgettable)
The May 12 episode of The Blacklist will serve as a backdoor pilot, with Janssen’s character, Susan “Scottie” Halsted, to be introduced in the May 5 installment.

CAST: Sarah Michelle Gellar (the original Cruel Intentions film), Taylor John Smith (American Crime), Peter Gallagher (The O.C.), Kate Levering (Drop Dead Diva), Samantha Logan (The Fosters), Sophina Brown (Ravenswood, Numb3rs), Nathalie Kelley (UnREAL), Bryce Cass
Picking up over 15 years after the end of the movie, it follows the beautiful and cunning Kathryn Merteuil as she vies for control of Valmont International as well as the soul of Bash Casey, the son of her brother, who was the late Sebastian Valmont, and Annette Hargrove. Upon discovering his late father’s legacy in a hidden journal, Bash is introduced to a world of sex, money, power and corruption he never could have imagined.

GOOD PLACE (Comedy) — STRAIGHT TO SERIES
WRITER: Mike Schur
OTHER EPs: David Miner
CAST: Kristen Bell (Veronica Mars), Ted Danson (CSI: Cyber), Manny Jacinto (The Unauthorized Saved by the Bell Story), William Jackson Harper, Jameela Jamil, D’Arcy Carden
Follows Eleanor, a New Jersey woman who comes to realize that she hasn’t been a very good person. She decides to turn over a new leaf by learning what it actually means to be “good” or “bad,” and then trying to make up for her past behavior.

HEAVENLY CREATURES (Drama)
WRITER: John Glenn
OTHER EPs: Mark Burnett, Roma Downey
Redeveloped from last season’s pilot Unveiled, it follows a war hero who rediscovers his purpose in life when a celestial being offers him a chance to change the world, one person at a time

MIDNIGHT TEXAS (Drama)
WRITER: Monica Owusu-Breen
OTHER EPs: David Janollari
CAST: François Arnaud (Blindspot), Dylan Bruce (Orphan Black, Heroes Reborn), Sarah Ramos (Parenthood), Parisa Fitz-Henley, Yul Vasquez)
Set in Midnight, Texas, a remote town where your neighbor could be a vampire, a witch, a werewolf, and even an angel. Mystery, horror and romance combine to both enthrall and frighten any outsiders who decide to venture into this unusual place. Based on Charlaine Harris’ best-selling trilogy. 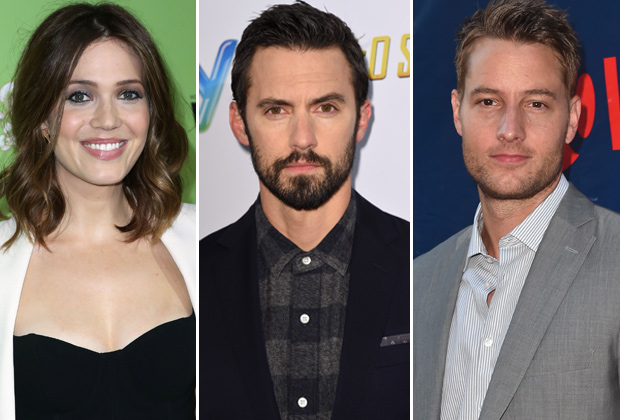