CONVICTION (Drama)
WRITER: Liz Friedman
OTHER EPs: Liz Friedlander, Mark Gordon, Nicholas Pepper
CAST: Hayley Atwell (Marvel’s Agent Carter), Eddie Cahill (CSI: NY), Shawn Ashmore (The Following), Emily Kinney (The Walking Dead), Manny Montana (Graceland), Merrin Dungey (Alias, Once Upon a Time), Daniel DiTomasso (Witches of East End)
Tells the story of Carter Morrison, the brilliant but ne’er-do-well daughter of a former President, who is blackmailed into taking a job as the head of Los Angeles’ newly created Conviction Integrity Unit. She, along with her team of lawyers, investigators and forensic experts, work together to examine cases where there’s credible suspicion that the wrong person may have been convicted of a crime.

THE DEATH OF EVA SOFIA VALDEZ (Drama)
WRITER: Charise Castro Smith
OTHER EPs: Michele Fazekas & Tara Butters
CAST: Gina Torres (Suits), Eric Close (Nashville), Melora Hardin (The Office), Raúl Castillo (Looking), Angelica Celaya (Constantine), Debra Mooney (Everwood), Marta Milans (Killer Women), Zabryna Guevara (Gotham), Alison Fernandez (Law & Order: SVU), Christina Pickles (Friends), Christian Ochoa, Jeimy Osorio
An immigrant who rose from rags to riches, Eva Sofia Valdez, is a celebrated Miami entrepreneur and a champion for immigrant rights. But her success is fueled by an insatiable ambition that could destroy her family, a vendetta against the lover who betrayed her, and ghosts from the past who threaten to reveal the dark sacrifices Eva Sofia made to attain the American Dream. MacBeth with a Cuban twist. 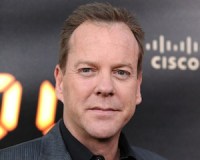 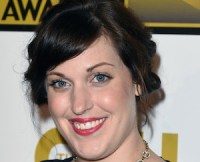 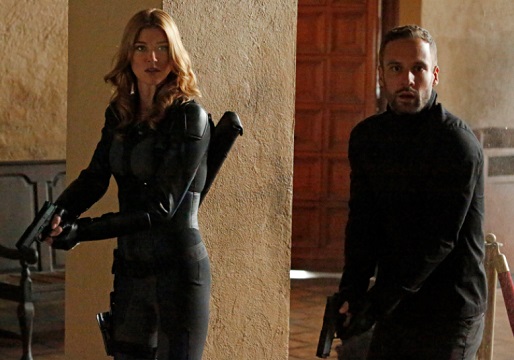 MARVEL’S MOST WANTED (Drama)
WRITER: Paul Zbyszewski
OTHER EPs: Jeffrey Bell, Jeph Loeb
CAST: Adrianne Palicki, Nick Blood, Delroy Lindo (Blood & Oil, The Chicago Code), Oded Fehr (Covert Affairs), Fernanda Andrade (Red Widow)
The Agents of S.H.I.E.L.D. spinoff follows Bobbi (aka Mockingbird) and ex-husband Lance, who are on the run with no friends, no S.H.I.E.L.D. and a long list of enemies looking to claim a bounty on their heads. Able to trust no one but each other, Bobbi and Hunter form an uneasy alliance with Dominic Fortune, a rogue adventurer with a wealth of resources and even more adversaries, who agrees to protect them so long as they help him with his own agenda. While on dangerous missions that take them to every corner of the globe, the two heroes will help anyone in need, all while trying to uncover the conspiracy that put their own lives in jeopardy.

SPEECHLESS (Comedy)
WRITER: Scott Silveri
OTHER EPs: Jake Kasdan, Melvin Mar
CAST: Minnie Driver (About a Boy), Mason Cook (Legends), Cedric Yarbrough (The Goldbergs), John Ross Bowie (The Big Bang Theory)
A family with a special-needs child is good at dealing with the challenges it faces and excellent at creating new ones.

SQUARE ROOTS (Comedy)
WRITER: Vijal Patel
CAST: Bernard White (The Brink, Silicon Valley), Katie Walder (How I Met Your Mother), Adhir Kalyan (Rules of Engagement), Noureen DeWulf (Grandfathered, Anger Management), Nina Wadia (EastEnders), Callan Farris
A man from a family of logic driven engineers is determined to use his “gift” to help the people he loves with their everyday issues, whether they like it or not.

UNTITLED GOLDBERG/GUARACIO PROJECT (Comedy)
WRITER: David Guaracio, Adam F. Goldberg
OTHER EPs: Patrick Osbourne, Doug Robinson
CAST: Jenna Elfman (Dharma & Greg, Growing Up Fisher), Stephen Schneider (You’re the Worst), Nicholas Coombe (iZombie), Matreya Scarrwener (Canada’s Detective McLean: Ties That Bind), Jillian Bell (Eastbound & Down), Erica Tremblay
Centers on a thirtysomething bachelorette whose life is turned upside-down when she finally meets the love of her life — a divorced father with three kids. This triggers even more upheaval when the slightly unhinged imaginary friend she created as an only child suddenly reappears in her life to help her navigate the transition from single girl to a woman ready for a family.