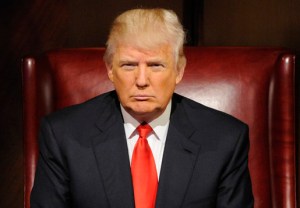 Donald Trump is going to have a lot more time to spend on his presidential campaign in the weeks and months to come, because NBC has severed its relationship with the outspoken entrepreneur.

“At NBC, respect and dignity for all people are cornerstones of our values,” the network said in a statement released Monday. “Due to the recent derogatory statements by Donald Trump regarding immigrants, NBCUniversal is ending its business relationship with Mr. Trump.”

That means the annual Miss USA and Miss Universe Pageants, part of a joint venture between the Peacock net and Trump, will no longer air on NBC.

“In addition,” the statement continued, “as Mr. Trump has already indicated, he will not be participating in The Apprentice on NBC.”

Celebrity Apprentice, which is licensed from Mark Burnett’s United Artists Media Group and was renewed in February for a 15th season, will continue at the network.

Last week, Spanish-language broadcaster Univision announced that it would not air the Miss USA pageant in light of Trump’s recent comments about illegal immigrants from Mexico.