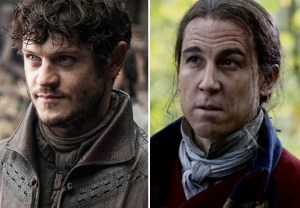 We’ve got questions, and you’ve (maybe) got answers! With another week of TV gone by, we’re lobbing queries left and right about shows including Outlander, Penny Dreadful, UnREAL and Hannibal!

2 | Did it amuse anyone but us that during the Critics’ Choice TV Awards pre-show, Samantha Harris went from interviewing “Jim Gordon” (Gotham’s Ben McKenzie) to James Corden? Also, was it pure coincidence that at the same time Allison Janney was laying a surprise smooch on Corden at the CCTAs, Tina Fey was kissing Amy Schumer on stage at the Peabody Awards?

3 | Was Veep‘s Julia Louis-Dreyfus really sick during production of the latest episode? If not, was that not one of the more convincing flu simulations in recent memory? 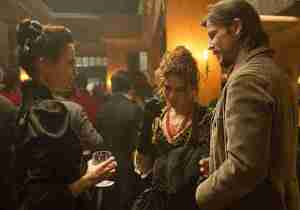 shouldn’t Penny Dreadful’s Vanessa have recognized Victor’s “cousin,” Lily? On an unrelated note: Wasn’t Brona a lot more likable before being brought back to life as Lily?

5 | Last Week Tonight fans, how much are you looking forward to watching John Oliver drink a Bud Light Lime in the wake of FIFA’s president resigning?

6 | Wouldn’t it have been better if Devious Maids’ way-too-wide-eyed Rosie had stayed in a coma the entire season? 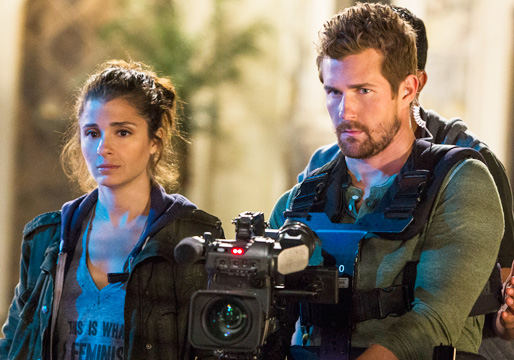 7 | As fantastic as UnREAL is, doesn’t it feel like it should be a half-hour series? And does the Lifetime drama make you want to cease watching the wildly manufactured Bachelor/Bachelorette, or more inclined to tune in and now spot the producers’ meddling? Speaking of…

8 | Remember the days when The Bachelorette would end each episode with a rose ceremony? Fun times, right? Now, about the recent group dates (including boxing, sumo wrestling and teaching sex ed): All in good fun, or just plain uncomfortable?

9 | How pissed were you that The Whispers took out the talented Autumn Reeser in the opening act? (Someone give this woman her own show already!) And how in the world did Lily Rabe and Milo Ventimiglia manage to create a red-haired child?

10 | Wasn’t So You Think You Can Dance‘s blackout handled a bit overdramatically, even for a reality show? And contracts be damned, is it too late to bring back Mary Murphy — or perhaps Misty Copeland? — to replace the dreary, vaguely homophobic Jason Derulo and/or the blathering Paula Abdul on the judging panel once Season 12’s live shows begin?

11 | Does TVLine reader Steve have the very best idea for the Prison Break revival — that (a resurrected?) Michael and his brother Lincoln bust Jack Bauer out of that Russian prison? On that note, will Fox be all reboots pretty soon? And if so, which of the network’s castoffs would you like to see revived next? (We vote for the brilliant-but-cancelled Profit.) 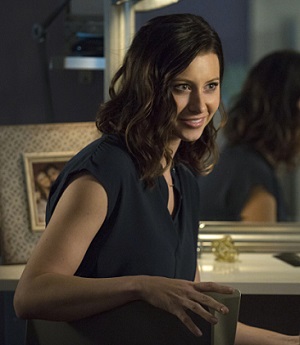 13 | Does Stitchers‘ fast-talking Cameron kind of feel like he was transported from ABC Family’s short-lived The Middleman?

14 | Impastor’s Buddy (played by Michael Rosenbaum) co-opting the life of a bald man — a little Lex Luthor nod there? (May we at last pretend it was?)

15 | For a family that won’t even let their kids hold hands until they’re engaged, didn’t Jim Bob and Michelle Duggar seem rather unconcerned about the “touching” discussed during their Fox News interview? And how many obvious follow-up Qs did Megyn Kelly miss? (For starters, would they have pursued police action over their four daughters being fondled by a 15-year-old boy other than son Josh?) Lastly, given that Jill and Jessa were approximately 12 and 10 at the time of the abuse, can we really believe that (as their parents claimed) they had no understanding of what was happening to them?

16 | How to put this politely…. Why do all the guys in Lifetime’s The Unauthorized Full House Story cast look various degrees of creepy?

17 | Did you notice General Hospital‘s subtle nod to Outlander on Thursday? (Anna packed the novel with her things as she prepared to scatter Dukes’s ashes in his native Scotland.) 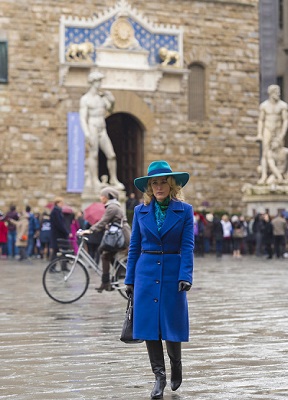 18 | OK, seriously, what is Hannibal‘s per-episode budget? The premiere itself, with the on-location Parisian opening, looked like it had to cost at least $10 million. Will Bedelia Du Maurier end up on a dinner plate by the end of Season 3? (Her diet of oysters, acorns and masala — which the ancient Romans fed to animals to improve their flavor — can’t be accidental, can it?) And which of you are watching with closed-captioning on, so as to not miss any of Mads Mikkelsen’s dialogue?

19 | TVLine reader Sarah brings up a good point: How did Bones‘ Hodgins not see Angela’s real name before on, say, their marriage license, or taxes? Is the moniker downright hysterical or admittedly a bit too silly? Lastly, did Bones being pregnant during her and Booth’s estrangement make it all the more painful to watch?

21 | Does anyone know why Kristen Bell and husband Dax Shepard don’t have their own autobiographical sitcom already? These 30-second washing machine commercials just ain’t cutting it!