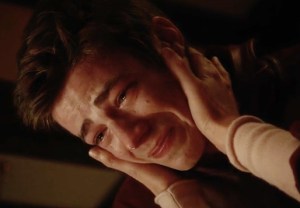 THE PERFORMANCE | With its game-changing twists, promising peeks into the future and more Easter eggs than you could shake Danielle Panabaker’s Killer Frost wig at, Tuesday’s Flash finale can remain confident in its summer-long stay on our DVRs.

But it was star Gustin’s tearjerking performance as an uncertain hero with the weight of the world — and its many alternate timelines — on his shoulders that made this a truly unforgettable hour of television. We barely held it together during Barry’s just-in-case farewell to Joe (“Goodbye dad!”), a fitting tribute to one of the most formative figures in Barry’s Life. Of the many things The Flash gets right, its portrayal of his relationship with Joe has always been one of our favorites.

Then came Barry’s long-overdue goodbye to his dying mother, which basically eviscerated what was left of our fragile composure. With each reassuring word, spoken through Gustin’s tears, it was like we were the ones suffering from a fatal stab to the heart. We haven’t felt that compelled to call our moms since J.K. Simmons’ Oscars speech.

But Gustin’s killer performance was about more than just his contagious waterworks. The episode, particularly that CGI-gasm of a final scene, presented a series of defining moments for Barry, who went from fighting to save his family to now protecting the universe at large. And Gustin was always up for the challenge, just as he has been since Day 1 of The CW drama’s flawless first season.

HONORABLE MENTION | Allow us to co-opt one of the most ubiquitous slogans in the history of advertising and direct it at Mad Men‘s Peggy: You’ve come a long way, baby. And because of Elisabeth Moss‘ gorgeous performances, every single step of that journey was a joy to watch. Sunday’s series finale found Moss playing all of Peggy’s angles, from excited-about-the-future business woman (Moss’ face when Joan offered Pegs a partnership!) Don’s worried protégé (the concern coming off her in waves during their phone call!) to Stan’s reluctant lady (“I mean, I don’t even think about you!” she replies to his confession of love, Moss making Peggy a hilariously believable, flustered mess). We’ll miss the whole Sterling Cooper & Partners gang, but we’ll miss Moss — who took her alter ego from mousy secretary to kickass copy chief before our very eyes — the most.

HONORABLE MENTION | Dancing With the Stars judge Bruno Tonioli often goes overboard with his praise of the reality series’ best competitors. But there was nothing hyperbolic about his love for eventual Season 20 champ Rumer Willis and her season-ending freestyle routine, which Tonioli noted was full of “luscious beauty and bewitching intensity.” Along with professional partner Val Chmerkovskiy, Willis executed the routine with such a command of the dance floor, it was easy to forget the actress was merely an amateur competing for a Mirrorball trophy. And, even though her technically-precise movements kept us glued to our screens, Willis’ magnetic chemistry with Chmerkovskiy led to a performance so passionate we felt we were intruding on a private moment between the pair. 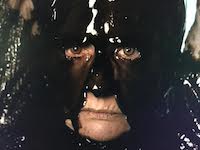 HONORABLE MENTION | Patti LuPone earned this humble plaudit a dozen times over in this week’s past-tense Penny Dreadful just by making Vanessa’s mentor, the Cut-Wife, so bitter and unsentimental that she was off-putting. But the actress more than earned the distinction, she outright owned it, upon revealing that what lay beneath the raggedy witch’s rough exterior was the heart of a righteous fighter, a heart hardened by the lifetime of wrongdoing to which she’d borne witness. So we knew how significant it was when the old woman at last opened up to Vanessa enough to reveal her name — Joan Clayton. And we felt as much as knew what a loss Vanessa suffered when, seconds later, Joan was made a victim of the ultimate injustice.