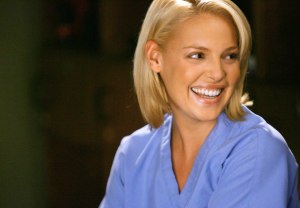 Having killed off Patrick Dempsey’s Derek, Grey’s Anatomy will be headed into its 12th season this fall with less than half of its original ensemble scrubbing in. But it doesn’t have to be that way, not if Katherine Heigl returns as Izzie. And, if you ask me, it could — and definitely should — happen.

Before you go calling for a psych consult on my behalf, I know all about Heigl’s stormy relationship with the medical drama. Heck, I even wrote a cover story about it during my years at Entertainment Weekly. The thing is, there has never been a better time — for her, for the show, for all concerned — to bury the scalpel.

Heigl is at a career crossroads. Admirable as her attempt at a TV comeback was, State of Affairs wasn’t renewed for a second season. So does she shop for another series? Does she go back to features, perhaps eschewing rom-com leads for a while to tackle meatier supporting roles? She could easily do either. First, though, she should finish what she started at Grey Sloan.

She wouldn’t even have to return full-time, either. She could suture any old wounds with just a short stint — a scenario to 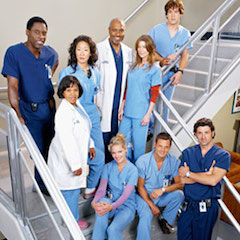 which she was open as recently as 2012. “If they want me to return for an arc, I would love to know where Izzie is now,” she told TVLine at that time. “It’s been a couple of years. I really hope she’s succeeding somewhere.”

Grey’s, too, is at a crossroads, striving to keep longtime viewers invested in a hospital staff that’s comprised more and more of fresh blood. And I get it. Life goes on. I’ve even grown quite attached to some of the newer characters — like Alex’s current squeeze, Jo. Still, the show needs a jolt of old-school energy to improve its vitals going into Season 12, and an Izzie comeback would be just what the doctor ordered. It works storyline-wise, too: Before Alex makes things official with Jo, he should have to make peace with the past.

Now we just have to overcome one obstacle — a formidable one, but not an insurmountable one: Shonda Rhimes. Her feelings about Heigl are well-known. Yet, in spite of that — or maybe even because of it — I’m sure she’d like to finally move beyond this ugly chapter in her and her show’s history. Inviting Heigl to return would afford her the opportunity to do just that. She’s already gotten closure with Isaiah Washington, now it’s time to do so with Heigl. And to be clear, I’m not saying that Heigl and Washington’s situations were identical (or even really comparable).

But you — and hopefully Heigl and Rhimes — get the idea: Forgiveness is good, and truces are great… in this case, especially for the audience.