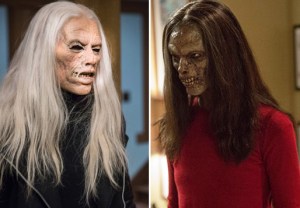 In this corner: A bruising blonde ‘Biest with a baby on the lam and a belly full of hatred!

And in this corner: A bellicose brunette ‘Biest with uncontrollable rage and a years-long grudge simmering inside her!

And when Grimm‘s two Hexenbiestly beauties finally face off in Friday’s episode (NBC, 9/8c), “If it’s not the craziest fight we’ve done on Grimm, it’s probably one of two,” star Bitsie Tulloch says.

TVLine recently took part in a media visit to the series’ Portland set, where Tulloch and co-star Claire Coffee previewed just how monstrous Friday night’s fisticuffs will get. 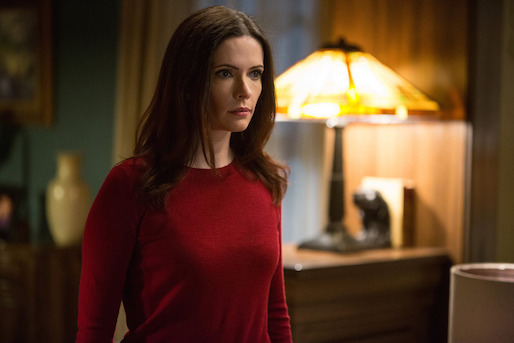 “It took an entire day to shoot this one fight,” Tulloch says, sitting in a quiet part of the set that normally stands in for a posh hotel room. “And it’s something that they had to do really well and do it big, because this is something the fans have been begging for four seasons.”

Stunt doubles stood in for both actresses during shooting of the throwdown — which is probably for the best, considering Coffee is now visibly pregnant with her first child.

“I think for everybody’s sake, including the show’s insurance policy, it’s better we didn’t actually [fight],” she says, laughing during a break in filming an upcoming episode. “I’m excited, mostly just to see how it’s all cut together.” 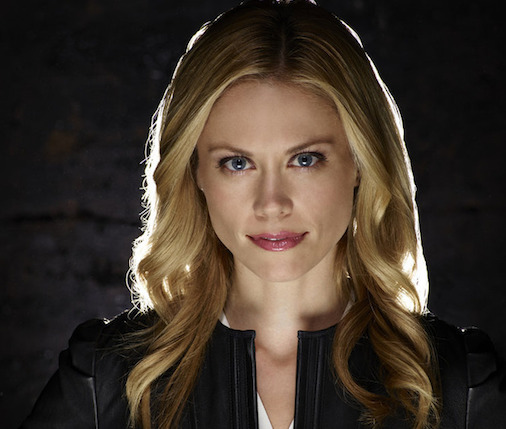 While watching their stand-ins (Mallory Thompson for Juliette and Helena Barrett for Adalind) go through the moves, Coffee says, she was in awe. “I was just like, ‘I can’t! These girls aren’t human!’ They’re such badasses.”

Tulloch cautions that, although Juliette’s new power is considerable, it’s also uncontrollable — at least, for the moment.

“Right now, when she’s doing stuff and making stuff fly or making stuff break or killing people, she’s not doing it on purpose. She’s just angry, and these are the side effects of what’s going on,” the actress says.

That loose-cannon nature means Dr. Silverton remains hesitant to tell the love of her life about her recent, possibly irrevocable (?) change.

“She doesn’t totally understand what’s going on, but she knows enough about this world that Hexenbiests are basically the mortal enemies of Grimms,” Tulloch adds. “She’s scared that [Nick is] either going to kill her, or she could kill him.”

Then there’s the small matter of Capt. Renard, who has a complicated, intimate connection to both of the women.

In an upcoming scene, Coffee previews, Adalind finds out that Juliette and Renard have been conferring about her new powers… and the O.H. (original hexenbiest) doesn’t like that one bit.

“That stings in that high school way of, ‘Wait a minute, you’re my captain to toy with. That’s not fair!,'” Coffee says, smiling. “I do think that she feels slighted, for sure, by that.”

So which ‘Biest will best the other? “The only thing I’ll say without giving away the outcome is that the Hexenbiests that are made, like Juliette, are more powerful than the ones that are just born that way,” Tulloch says.