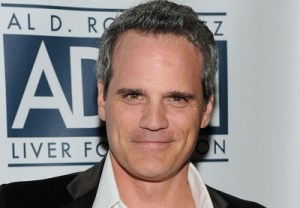 Chicago P.D.‘s Det. Antonio Dawson is about to protect and serve a soap star.

As the World Turns Emmy winner Michael Park has landed a three-episode arc on the NBC drama as Asher Roslyn, a slick, confident diamond dealer who hires the detective for after-hours private security, TVLine has learned exclusively.

Dawson’s judgment and instincts will be challenged as he balances the new assignment with his official police department responsibilities.

* The Mentalist has tapped Derek Phillips (Friday Night Lights) and Rob Belushi (How I Met Your Mother) to play Lisbon’s brothers Jimmy and Stan, per EW.com. (Get details from Matt’s Inside Line.)

* Nashville‘s Rayna is about to get the third degree from Anthony Ruivivar (Beauty and the Beast, Revolution), who’ll guest-star as a hard-hitting Rolling Stone reporter unafraid to ask tough questions, E! Online reports.

* ABC will re-air Star Wars Rebels: Spark of Rebellion on Sunday, Oct. 26, at 7/6c, with a new scene featuring a cameo by Darth Vader (voiced by James Earl Jones).

* Chasing Life‘s Aisha Dee will appear on ABC Family’s Baby Daddy as Tucker’s (Tahj Mowry) ex-wife Olivia, who can play innocent, but is definitely ruthless when she wants to be, per The Hollywood Reporter.

* Jay Leno is close to landing a new CNBC show, which will focus on his love of cars and will air in primetime, according to The Hollywood Reporter.

* Showtime is developing a present-day drama series based on the 1967 film In the Heat of the Night, written and directed by Tate Taylor (The Help), our sister site Deadline reports.