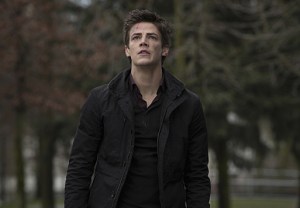 After eight months of buzz (and Barry’s nine-month coma), The CW released The Flash on Tuesday night. Will you and the Scarlet Speedster become fast friends?

From the get-go, this Arrow offshoot offers a lighter, brighter tone that its dark, gritty sire, as narrator Barry notes, “You see that red blur? That’s me!”” In a mini-prologue, we learn that young Barry, woken by a noise, went downstairs to find his mother being attacked by a man inside a ball of lightning. Barry’s dad (played by TV’s original Flash, John Wesley Shipp) winds up taking the rap, but Barry knows he’s innocent — and one day soon, just might acquire the tools to somehow prove it.

That “upgrade” comes via a massive malfunction during the launch of S.T.A.R. Labs’ particle accelerator, which Barry attended with his crush, Iris West. The mishap scatters lightning throughout the region, zapping and bestowing the likes of Barry with metahuman abilities. He wakes from his coma at S.T.A.R. Labs, where honcho Harrison Wells (whose work Barry previously hailed as being “lights years ahead” of anyone else, heh) recounts the explosion and its reputation-damning aftermath. (Not to mention, a gorilla named Grodd seems to have gotten loose….) Barry soon enough realizes that his particular skill set is super-duper-speed, 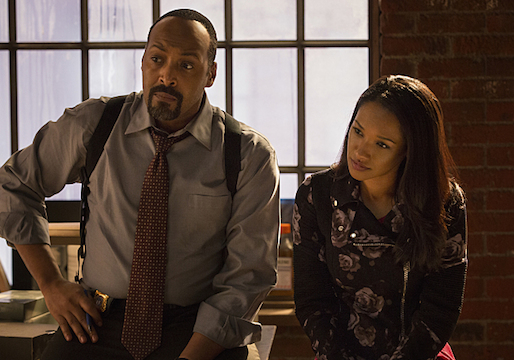 The extent of Barry’s abilities is promptly tested by Wells and his assistants Caitlin and Cisco. (When Caitlin remarks that Barry’s speed “is not possible,” Wells is curiously mum.) Barry’s practice run comes to a skid when he flashes back to his mother’s death; afterward, he explains to the S.T.A.R. Labs team what happened that night, and now can only wonder: “What if [the man I saw] was like me?”

After Barry tries (but fails) to put his speed to use in stopping a bad guy (who can summon weather, yawn), Wells chides him for trying to be a hero when he should be safeguarding his body for groundbreaking research. But after Barry runs 600 miles to consult with Starling City pal Oliver Queen aka The Arrow, he locks into his destiny. As Oliver observes, “You can inspire people in a way I never could… saving people in a flash.”

With that charge, some “Run, Barry, run!” encouragement from Wells and a new, proper racing suit, Barry intervenes when the “weather wizard” cooks up a tornado in the midst of a shoot-out with Detective West. Barry clocks 700 mph in the opposite rotation of the twister to eventually unravel it — as an agog West lays witness. The detective later apologizes for not believing Barry’s claims about his 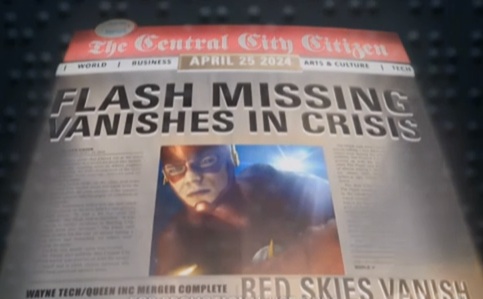 mom’s death, then asks the CSI to hide his speedy secret from Iris (who by the way is now dating Detective Eddie “Pretty Boy” Thawne).

As the episode comes to a close, Barry pays a visit to his imprisoned father, hinting that he may now have a way to find and stop the “impossible” man who killed his mother, while we see Harrison Wells access a secret room at S.T.A.R. Labs, rise from his wheelchair and activate a podium which displays the front page of the newspaper… from 10 years into the future. And that day’s headline is not a good one for Barry.

Assign your grade for The Flash, and watch the new trailer below.