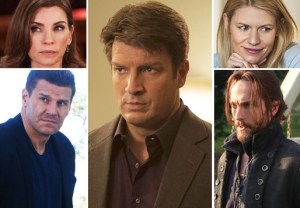 Question: How much stock should we put into Kate and Rick’s new wedding date on Castle? —Carrie
Ausiello: They weren’t fibbing, Carrie. The wedding is happening in November. In related news, Nathan Fillion (sorta) called it!

Question: I was wondering if you have any American Horror Story: Freak Show scoop. —Kevin
Ausiello: Having already seen this week’s premiere, “Monsters Among Us,” I can promise you that it doesn’t disappoint. (Heck, Jessica Lange’s glamtastic wardrobe is practically a special effect in and of itself!) And the second episode, “Massacres and Matinees,” may be even better than the first. After we meet our (ir)regulars in the opener, battle lines are drawn between four characters for whom conflict resolution doesn’t seem to be a strength. And all the while, Twisty the Clown works overtime to steal away the Scariest Clown Ever title from Tim Curry’s Pennywise, and Finn Wittrock turns Dandy into a character who is so bizarre he’d probably have thought of Briarcliff Manor as cozy.

Question: Any update on Neil Patrick Harris appearing on American Horror Story: Freak Show? —Damian
Ausiello: It’s moving closer to reality. As Ryan Murphy told Andy Swift this week: “I’m working on something and I’m hopefully going to talk to him about it next week. He’s game. He had very specific ideas for what he wanted to do, and I had very specific ideas, so we’re working on melding those. He’s awesome. He’s obviously one of our great entertainers, and I’d love to see him and Jessica Lange go at it in a really cool, fun way. Neil seems to be intrigued by that notion. We’re inching forward. Because of his schedule, we’d do it later in the run, maybe one episode, maybe two.” 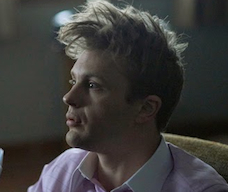 Question: Can you pleeease give me any info on Season 3 of Hannibal?—Michele
Ausiello: You didn’t say “pretty please” or add sugar on top, but I’ll nevertheless indulge your request by letting you know that we probably haven’t seen the last of the grossly disfigured Mason Verger. Producers are currently casting the recurring role of Cordell, the “quiet, very intelligent and definitely creepy” personal doctor to Michael Pitt’s sociopathic meat-packing magnate. The late-thirtysomething character is described as “attentive and gentle with Mason, a professional who cares about his work, but we get a sense he might be as sadistic as his boss — and a perfect fit to become his potential henchman.” (He’ll probably need to be comfortable working with horrifying, carnivorous pigs, too.)

Question: While I know that the Bones‘ 200th episode premise is still as clear as mud, can you share any other scoop on what’s coming up on the show this season? —Amelia
Ausiello: Pay close attention to background music in the final scene of this week’s episode. Rumor has it someone connected to the show will be doing the vocals.

Question: Bones‘ 10th season only just began, but I want to know where we stand with Season 11. —Emilia
Ausiello: We’re likely a ways off from knowing anything definitive, according to showrunner Stephen Nathan. “I think it might take a little bit of time because there are [actor] renegotiations involved,” he explains, adding that the early ratings on Season 10 certainly point to more Bones. “If everybody keeps watching as much as they have been — and on the most difficult night on television — then I am sure we will be back. It’s something that we’re anticipating and hope for. It doesn’t seem as if the show is slowing down.”

Question: Got any new information on Captain Cold’s (Wentworth Miller) role on The Flash, beyond his first episode on Oct. 28? —Andy B
Ausiello: DC Comics’ CCO Geoff Johns says the producers “look at Heat a lot, with [Robert] De Niro” for inspiration on Miller’s villain (pictured, below). “He is this guy who pulls jobs very carefully, and, suddenly, [The Flash turns up] and he has to change his game,” Johns explains. “He has to figure out how to deal with this new threat in Central City to his way of life. It’s all about him evolving and surviving the new world order. Guns aren’t going to do it, so he’s got to have something a little bit stronger.” Adds executive producer Andrew Kreisberg: “He’s not the villain that we see in the comics yet. [But] we’re going to get there.” THIS JUST IN: Check out the awesome new trailer! 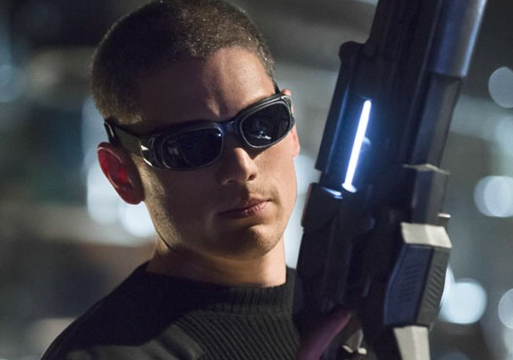 Question: Got any scoop on Enzo from The Vampire Diaries? — Amy
Ausiello: Enzo makes his triumphant return this Thursday, and he’s a man on a mission. “He’s his same mischievous, slightly conniving self, but he’s also one of the only ones actively trying to figure out what happened to Damon and to see if he can get him back,” Michael Malarkey says. And even though Enzo and Damon didn’t end things on the best of terms before they both died, it sounds like that’s all water under the bridge. “Their friendship spans over quite a number of years,” Malarkey adds. “He just wants his buddy back.”

Question: Any Good Wife Scoop? —Stephanie
Ausiello: If Sunday’s episode left any doubt that Alicia will be running for State’s Attorney, this should serve as your official confirmation: The show is currently looking for a fortysomething actor to play a top campaign media specialist. The potentially recurring character, who will turn up in Episode 9, is described as “one part Hollywood, two parts political” — and is known as the king of negative campaigning. BONUS SCOOP: The official logline for the Oct. 26 episode includes this intriguing tease: “Diane sets her sights on moving Florrick Agos Lockhart into the Lockhart Gardner Canning office space, leading to a battle with her former partners David Lee and Louis Canning.” 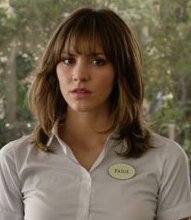 Question: Loving Scorpion. Any news you can share? —Dylan
Ausiello: Major Spoiler Alert: Paige can sing! It was only a matter of time before CBS’ rookie drama made use of Katharine McPhee’s Smashing pipes, and I’m told that Paige will show off her skills to the team in November. “You don’t hire Katharine McPhee and not have her sing,” a Scorpion insider notes, adding that the musical interlude in Episode 8 is “not long, but it’s very sweet.” It’s hardly a coincidence that the episode in question centers on the death of a prolific music blogger.

Question: I’m really sad to hear that the ratings for Sleepy Hollow have thus far been less than stellar this season. I will be even sadder if it gets cancelled. Should we be worried? —Ross
Ausiello: No one is a bigger worrier than yours truly, Ross, and I’m not the least bit concerned about the axe falling on Ichabod and Abbie. While it’s true Sleepy has been losing a decent chunk of its Gotham lead-in, the fact is Fox loves and is completely committed to the show. Also, let’s face it, the network has bigger fish to fry. BONUS SCOOP: A series regular tells TVLine there will be a “power vacuum” in the second half of the season, and said vacuum “will be fought for.” Log your thoughts about what that might mean — and who’ll do the fighting — in the comments.

Question: I think I might die without some Reign scoop, so please gimme some. —Omotola
Ausiello: Interesting choice of words, Omotola, because death is on everyone’s mind at Court this season — especially newcomer Narcisse, who’s got Mary in his target. “His son has been murdered, and as much as [Narcisse] is seen as a villain, it was his baby boy that Mary threw into that room of plague,” actor Craig Parker says. “There’s an absolute father’s fury there, but it’s tempered by a very savvy political mind. Throughout the episodes we’ve shot so far, there are a number of personal sides to this man, but he’s always playing a political game.”

Question: The wait for Arrow‘s return feels almost cruel. Can you give us an Olicity morsel to help dull the pain until Wednesday’s premiere?! —Sophia
Ausiello: Due to the events of the season premiere — some of which are expected, and some of which are not — Oliver and Felicity’s “relationship is going to take ups and downs and twists and turns,” executive producer Marc Guggenheim teases. “I think part of the fun — or agony — of watching these two people is they’re together, they’re apart, they’re together, they’re apart. We’ll see what the future holds for them.” 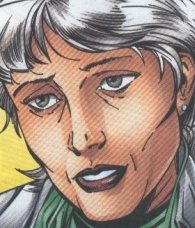 Question: Any news or spoilers on Gotham? I’m hooked after only three episodes and I’m curious what’s ahead. —Eric F.
Ausiello: A better question is who’s ahead, and the answer is… Dr. Leslie Thompkins. DC Comics’ aficionados know her as Bruce Wayne’s Godmother, but I hear Gotham is tweaking Batman lore a smidge by also making her a love interest for James Gordon. (Note to Barbara Kean: Don’t shoot the messenger.) Got casting tips? Hit the comments!

Question: I need a Homeland scoop — ideally something about Carrie and Quinn. —Jane
Ausiello: There’s major movement on that front in this Sunday’s episode, as Quinn is forced to confront his true feelings for Carrie (and the collateral damage those feelings have incurred). By the end of the hour, all eyes (and ears) will be on Carrie when she makes an impromptu confession that she may quickly regret. (FWIW, I like where this storyline is going and I’m not ashamed to admit it.)