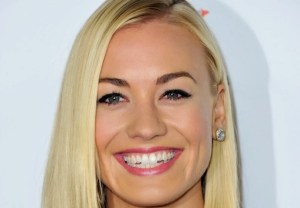 The Astronaut Wives Club just got a lot hotter — like, burning up upon re-entry hotter — thanks to the addition of Chuck alum Yvonne Strahovski.

The actress will join the upcoming ABC series’ cast, HitFix.com reports, giving her the chance to once more work with Chuck co-creator (and Astronaut co-executive producer) Josh Schwartz.

The new drama is penned by Gossip Girl‘s Stephanie Savage, Schwartz’s co-EP,  and follows a group of women who support their star-bound husbands during the 1960s space race. The action follows Lily Koppel’s 2013 bestseller, which chronicles the lives of the Mercury, Gemini and Apollo mission crews’ spouses.

Strahovski’s Rene Carpenter is the wife of Mercury astronaut Scott Carpenter, a modern woman whose passion for issues like civil rights will cause conflict with some of the other wives.

Though the period drama originally was set to premiere in summer 2014, production was halted in April while the series’ concept was expanded. The network has now tentatively scheduled Astronaut Wives Club for midway through the current TV season.