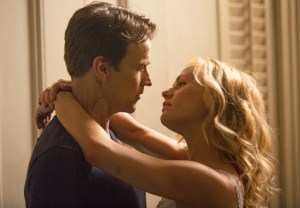 Buckle up, Truebies, because HBO just released the log line for True Blood‘s Aug. 24 series finale — appropriately titled “Thank You” — and it’s a lot to drink in.

RELATED True Blood Recap: The Thirst Is Not Real

“This show worked because of the chemistry [Moyer and Paquin] shared,” Buckner said. “I certainly felt, going into [the final season], that we had to come back to Bill and Sookie.”

But will the couple end the series together? What’s this “choice” Sam has to make? And will Andy’s inheritance come from his Bellefleur family fortune, or will he have a dead fairy benefactor?

We’ve got a lot to speculate on before True Blood finally fades to black, so drop a comment with your theories (the weirder the better!) below.