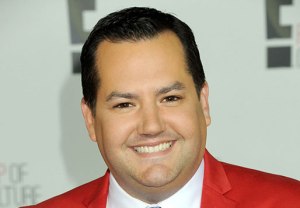 Although the future of Hello Ross became uncertain after Chelsea Handler’s departure from the network, the cancellation is largely due to Mathews’ newest gig. In September, he will join correspondents Maria Menounos and Jason Kennedy on the primetime roundtable series Live From E!, which originated on digital platforms.

Live From E! will air Monday through Wednesday weekly at 8/7c, starting Sept. 8.

* HBO has released the first full trailer for Boardwalk Empire’s fifth and final season. Scroll to the bottom of this post and press PLAY to see, among other highlights, Nucky making a grim promise to those who have wronged him.

* Danny Masterson (That ‘70s Show) will guest-star on the Season 6 finale of Royal Pains, airing Sept. 2, TVGuide.com reports. He’ll play Danny Van Dyke, the wealthy brother of Kyle Howard’s Paul Van Dyke, who is in need of a kidney transplant.

* Comedy Central’s late-night game show @midnight has been renewed for a 40-week Season 2, set to air in 2015.

* TBS and MTV have acquired the basic cable syndication rights to New Girl, per our sister site Deadline. Reruns of the Fox comedy will debut on cable in Fall 2015.

* Orange Is the New Black actress Alysia Reiner (aka warden Natalie Figueroa) has booked a recurring role on ABC’s fall drama How to Get Away With Murder. Per The Hollywood Reporter, Reiner will play a prosecutor who butts heads with Viola Davis’ Annalise Keating.

* Syfy announced Tuesday that it will debut Face Off: Judge Match on Tuesday, Sept. 2 at 9/8c. The special will pair judges Ve Neill, Glenn Hetrick and Neville Page with former Face Off contestants in a competition for charity.

* The Wire scribe Richard Price is set to pen a U.S. adaptation of the BBC limited series Inside Men, Deadline reports. The four-hour drama looks at a robbery from multiple points of view.

* Season 2 of the USA Network reality series Chrisley Knows Best will premiere with back-to-back episodes on Tuesday, Oct. 14 at 10/9c.