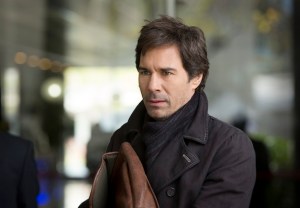 In his nearly 30 years on television, Perception star Eric McCormack has played a spaceman, a Confederate colonel, a handful of lawyers and a dog, among other characters. But the through line that led to his best-known role started quite early, on an ABC dramedy not known for its edginess.

Upon arriving in Vancouver in 1992, the first job he landed was on The Commish, “playing a bartender in a gay bar. It was a premonition of things to come.”

McCormack’s next gig “was a Canadian show called Neon Rider, in which I played a guy that sits in an office. A woman thought I was coming onto her and sexually harassing her, and finally I have [to say], ‘Uh, Diane? I’m gay.’ So the theme was starting.”

The Canadian actor later would become a Must See TV staple as Will Truman, the gay best friend of Debra Messing’s character, on the NBC hit comedy Will & Grace. That role, which won him an Emmy in 2001, was a joy — but also a departure from his previous work, he tells TVLine.

“All of my focus at theater school in my 20s was drama, bad guys, troubled heroes,” he says. “It wasn’t really until Seinfeld and Friends that I went, ‘Wow, I’d like to do that.'”

McCormack returned to drama for his current job, portraying schizophrenic genius Daniel Pierce on the TNT drama (Tuesdays, 10/9c). At TVLine’s request, he gave us a behind-the-scenes look at some of his more memorable roles.

Browse the gallery  below to hear what the Will & Grace alum recalls about Ally McBeal, Lonesome Dove: The Series, The Outer Limits and more. 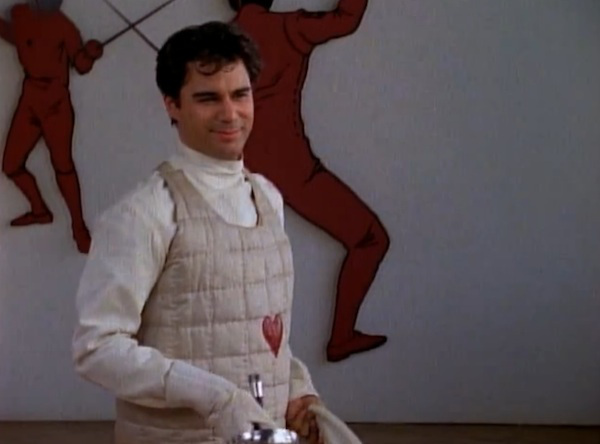