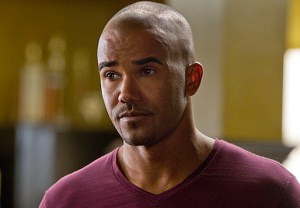 Criminal Minds star Shemar Moore will return to his daytime TV roots this fall when he reprises his fan-beloved role on CBS’ The Young and the Restless, the network announced Wednesday.

But Malcolm’s homecoming will be a short one: Moore will appear in just two episodes, which will air on Wednesday, Sept. 10, and Thursday, Sept. 11.

RELATED | General Hospital‘s Robin to Return This Summer — With NuJason?

Daytime Emmy winner Moore originated the role of the smooth ladies’ man in 1994 and played him until 2002, returning for a brief stint in 2004-2005 before joining Minds.

This go-around, according to CBS, Malcolm will visit with the Winters family to make amends for his hasty exit and to find out what’s been going on since the last time he was in town.

“I am excited about returning to The Young and the Restless as a special guest,” Moore said in a statement. “This is where I got my start, and I am looking forward to reuniting with my soap opera family.”

Press PLAY on the video below for a smattering of Moore’s greatest Y&R moments, then hit the comments: Are you glad Malcolm will be back in town?