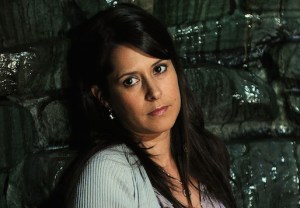 The two-time Daytime Emmy winner teased her latest encore via Twitter; our good friends at Soaps In Depth then followed up with double-secret official confirmation from GH boss Frank Valentini.

In Depth later tweeted that the smart money has McCullough returning only on a “short-term” basis. What do you think brings Robin back? Any progress on the Find Jason front? (Did she check Genoa City? It’s been rumored for weeks that Young and the Restless Emmy winner Billy Miller is en route to GH, possible as a Jason recast.) Or is she back to wrap things up — for good –with estranged hubby Patrick?