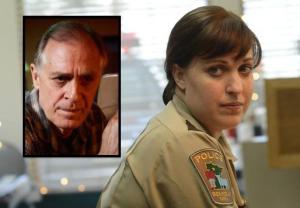 Grab your mittens and button down your ear flaps: FX on Monday announced that it has ordered a second season of its Emmy-nominated series Fargo.

Per the cabler, the new 10-episode chapter (to launch in Fall 2015 at the earliest) will feature all-new characters (played by all-new actors), a new period of time and a new true crime story.

“We could not be more proud of Fargo,” said FX CEO John Landgraf in a statement. “[Season 1] was nothing short of breathtaking and we look forward to the next installment.”

The series’ 10-episode first season, which recently netted 18 Emmy nominations, was inspired by the Coen Brothers’ 1996 film of the same name, followed the fallout caused by murders in the Minnesota city of Bemidji.

Earlier this month, star Allison Tolman told TVLine that “there’s discussion” that Season 2 would have a whole new cast, but that she hoped her detective alter ego — a role that earned her a Supporting Actress in a Miniseries or Movie nod — might show up again in the future.

“Saying goodbye to that” would be hard, she added.

Landgraf feels Tolman’s pain. “It’s kind of heartbreaking from my standpoint, given how much I loved the actors,” the exec said of the the necessary cast turnover. “Fargo demands, I think, a [certain] level of realism, no matter how unhinged and funny it is at times. I don’t think we felt we could reintroduce those actors as new characters. We had to create a new situation.”

Highlights from the Fargo panel with executive producers Noah Hawley and Warren Littlefield:

* Season 2 — which is influenced by the Cohen brothers’ Fargo, Miller’s Crossing and The Man Who Wasn’t There — is “going to be the story of Sioux Falls,” Hawley revealed. “It will take place in 1979.” As such, a younger version of Keith Carradine’s character Lou Solverson, aka Molly’s dad, will be introduced. It was established on the show that in 1979, he worked on a Sioux Falls task force with oneday Duluth police lieutenant Ben Schmidt, who will also “factor in there somewhere” in Season 2. The Lou that viewers meet in 1979 is a 33-year-old man recently returned from Vietnam who “thought he’d left the war behind and here it is, it’s domestic [now].”

* Molly’s mother will be introduced and fans may learn what happened to her, Hawley teased. Could Allison Tolman possibly play her alter ego’s own mother? “I haven’t considered it,” Hawley admitted. “It seems a little gimmicky to me and like cheating. It’s something that’s certainly worth thinking about.” (Molly is four-years-old in 1979, FYI.)

* Some of the action will also take place in Laverne, Minnesota, and, of course, Fargo. “Minnesota [and] North Dakota, that region is a character in the show,” Hawley said. “That’s part of the personality. Believe me, we would do Fargo, Honolulu, if we could get away with it. But we can’t.”

* Season 2 will shoot from January to May. (With reporting by Vlada Gelman)