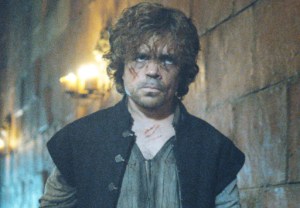 Game of Thrones wrapped its fourth season Sunday, taking several beloved-ish residents of George R.R. Martin‘s vast world along with it. But what were the real stories behind all the shocking deaths? And which book-related omissions did you find equally surprising?

TVLine collected key explanations from showrunners Dan Weiss and David Benioff, as well as behind-the-scenes tidbits from the cast and crew, to help make sense of last night’s game-changing hour. (WARNING: There’s a major spoiler for non-book readers in the final bullet.)

* Gwendoline Christie describes Brienne’s fight with The Hound as “one of the f–king hardest things I’ve ever done in my life.” She tells EW.com it required six additional weeks of training in preparation, then another week just to recover after filming it. Fortunately, Christie notes of herself and sparring partner Rory McCann, “We’re both insane.” * Weiss loved every minute of the climactic clash, and hopes fans felt the same way, regardless of the outcome. “It’s two people you’re both extremely invested in,” Weiss says, “and there’s a fascination and horror of knowing that one of them is inevitably going to get the worst of this situation.”

* As for the biggest death of the finale — after offing Shae, Tyrion pumped his father full of arrows — Weiss says that’s “gotta be the most intense toilet scene ever shot.” Adds Benioff, “To have the privilege to write for an actor of that caliber [Tywin’s portrayer, Charles Dance] and then to know it’s over is a huge honor and incredibly depressing.”

* It should also be noted that in A Storm of Swords, Martin’s third novel, Jaime tells Tyrion that his first wife — Tysha, who was only mentioned in Season 1 of the show — wasn’t actually a prostitute. That reveal was omitted from the finale. Martin explains that, in the books, Tyrion’s murderous rage is also fueled by learning that Jaime “played a part in this traumatic event of his life. … He’s so hurt that he wants to hurt other people.” * And then there was the lesser — but still heartbreaking — death of Jojen Reed, whom the EPs describe as Thrones‘ version of John the Baptist. “It felt right to have him sacrifice himself to get Bran to his destination,” they explain. “Also, there are a lot of wights in that frozen field. It seemed pretty unlikely they wouldn’t score at least once.” (Can’t argue with that.)

* Here’s that major spoiler we mentioned: As for the exclusion of Lady Stoneheart — the revived, zombie form of Catelyn Stark — from the finale, director Alex Graves explains that “it was never on the docket to do this season — ever.” With everything else going on in Season 4, Graves says the team really had to consider, “How does it play into the whole story in a way that we’re really going to like?” And in the end, they decided it didn’t fit at all. As for whether or not Michelle Fairley‘s highly anticipated character will appear in Season 5, Graves honestly says, “I have no idea.”

Book readers, were you disappointed by the finale’s lack of Lady Stoneheart? And non-book readers, who were you rooting for during Brienne’s battle with The Hound? Drop a comment with your thoughts on the finale, and your hopes for Season 5, below.