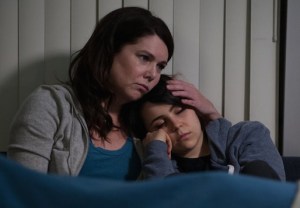 NBC is first out of the gate this year in detailing its premiere plan for the 2014-15 TV season. It kicks off (suitably enough) with Sunday Night Football, really starts singing when The Voice (now featuring Pharrell and Gwen Stefani as coaches) and The Blacklist return, and winds down with the launch of two new dramas: the DC Comics-based Constantine and Katherine Heigl’s State of Affairs.

As previously reported, The Blacklist will go on hiatus when State of Affairs claims the Mondays-at-10 slot in mid-November, then return in early February (first airing after the Super Bowl, then in its new Thursdays-at-9 home).

On tap for midseason or later are Parks and Recreation‘s farewell run, Season 3 of Hannibal, the Russian spy thriller Allegiance, the Traffic-like Odyssey, the comedies Mission Control, Mr. Robinson, One Big Happy and Unbreakable Kimmy Schmidt, and the “event” series Emerald City, Aquarius (starring David Duchovny), A.D. (aka the follow-up to The Bible, premiering Easter Sunday) and the 13-episode Heroes Reborn.

All told, NBC’s fall premiere schedule looks like this; new series in ALL CAPS (click title for details).

NOT RETURNING TO NBC NEXT SEASON: Believe, Community, Crisis, Dracula, Growing Up Fisher, Ironside, The Michael J. Fox Show, Revolution, Sean Saves the World and Welcome to the Family.