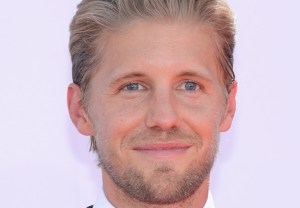 RELATED | Sleepy Hollow Season 2: Make It or Break It Actor to Return as Headed Horseman

The adventurous Mr. Hawley is described as having a sense of humor and a bit of swagger, but he’s also a loner whose education is masked by a rough-and-tumble demeanor.

Given that the part is recurring, we’re likely to see Barr often during the season. And given that Nick is an easy-on-the-eyes badass, we’re likely to hope that he and Abbie hit it off — even if just to complicate her partnership with Crane.

In related news, the spooky drama also has cast Sakina Jaffrey (House of Cards) in the recurring role of Leena Reyes, who’ll assume the duties of the absent (read: incarcerated) Sheriff Irving. E! Online reports. Reyes is a former border-patrol officer who’s authoritative and forceful but also has a maternal side.