There’s an old saying that when you’re holding a hammer, everything starts to look like a nail.

In the same vein, when you’re a Mad Men viewer who’s been primed to plumb every word, image and inflection for clues about what’s to come, each scene provides plenty of fodder for speculation and predictions.

The phenomenon reached a frenzied point last spring, when several entertainment sites — including TVLine — pointed out the parallels between the fictional Megan Draper and the real-life Sharon Tate, whose grisly murder took place in 1969.

Those alleged “clues” to Megan’s death turned out to be… not quite on-point, at least not by the time the Season 6 finale credits rolled. After all, Mrs. Drapers lives on. And series creator Matthew Weiner himself said last summer that while he was grateful for the audience’s passion, any coincidences were just that: coincidences.

“The fact that [Tate] died the way she did — I didn’t even think about it,” Weiner told TVLine at the time.

Fast-forward to this week’s season premiere, however, and it seems like perhaps the Mad Men Powers That Be are looking to mess with its fans a little this season. And because TVLine likes nothing better than ramping up your TV obsessions to insane heights, we’ve captured several moments from “Time Zones” that might mean something… or nothing at all.

Click through the gallery below for our (somewhat) insightful soothsaying, then hit the comments with your own thoughts — the more obscure, the better! — on what Season 7’s tea leaves reveal. 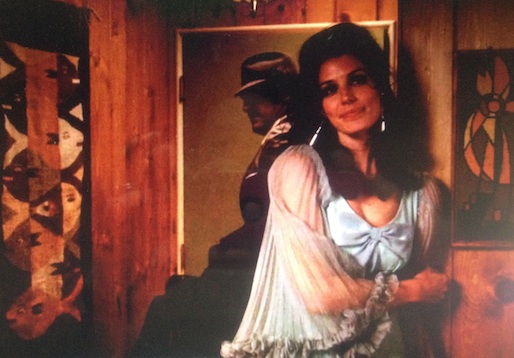