This Thursday at 9/8c, the doctors of Grey’s Anatomy will be “Puttin’ on the Ritz” — as in the title of the ABC drama’s 200th episode.

The milestone hour features drama high and low, mixing the medical with a fun fundraiser where Grey+Sloan Memorial aims to bolster its coffers until its superstorm insurance check comes in.

“We’re trying really hard to sort of have fun this season,” series creator Shonda Rhimes shared with us at an event marking the special outing. “And a lot of the 200th episode is about having fun.”

Added Kevin McKidd, who joined the show in Season 5 (in what we guesstimate was Episode 79): “It’s a warm, sort of uplifting and upbeat episode. It reflects the celebration of the fact that it’s a 200th episode.”

Other Grey’s cast members we spoke to at the Episode 200 soiree used words such as “beautifully disastrous” (per Sarah Drew), “tragically sparkly” (care of Camilla Luddington), “eccentric chaos” (Tessa Ferrer) and “magical/theatrical” (Jessica Capshaw) to sum up the hour. And in the slideshow below, the stars reveal what their characters are up to in No. 200, as well as reflect on their favorite moments from the years gone by. (With reporting by Scott Huver) 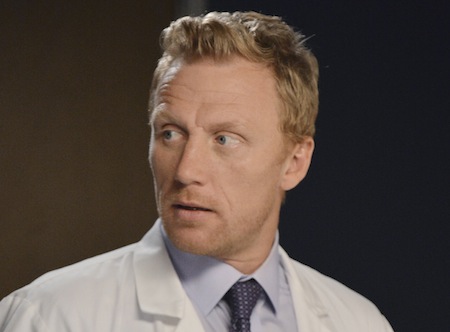