American Idol wraps its twelfth season with a two-part finale (tonight and Thursday, 8/7c on Fox), and in the midst of the Candice-Vs.-Kree debate, a larger question looms: Is there room for either of these ladies (or any of their recently vanquished rivals) in a countdown of the show’s all-time greatest performances?

I tried to answer that question by taking a long hard look at the finest Season 12 moments alongside the greatest hits from years past. I’ve added, subtracted, rejiggered and reconfigured, till I finally had a list that didn’t make me actively loathe myself. (Hey, no one ever said it was easy being an Idoloonie.)

VIDEO | Idology: Why Won’t Idol Let Its Finalists Be Great? Plus: Should All Four Judges Get the Boot?

For the record, I limited my countdown to competitive performances on live shows — meaning semifinals, finals, and wild cards count; exit performances, auditions, and Hollywood Week do not — and still ended up with two or three dozen amazing moments left on the outside looking in. (Oh how “Superstar,” “A House Is Not a Home,” and “The Scientist” forced me to consider making this a Top 35 list!) I also decided on allowing only one performance per contestant in the Top 25 — because spreading the wealth is fun. I weighed everything from vocal excellence to emotional connectedness to creativity and risk (with bonus points for competition-altering moves).

So click through my picks below, then tell me where I got it right, where I royally messed up, who I unforgivably snubbed and for which contestants I chose the wrong performance. And for all my Idol news, recaps, commentary and videos, follow me on Twitter @MichaelSlezakTV!
Follow @MichaelSlezakTV 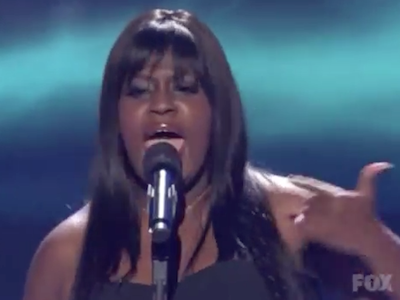