ABC has released the Revenge Season 2 cast photos, and it looks like there’s some kind of storm heading for the Hamptons.

All of the main cast members — including Victoria and Charlotte, whose fates were left seriously dangling in the Season 1 finale – are represented. We especially love Emily’s self-assured camera stare-down, Nolan’s new ’do and Declan’s irreverent disregard for chairs. (After all, what can you expect from these townie boys?)

Click through the photos below and then fill the comments with your take. We’ll get you started: Think there’s any significance to the fact that, in the group shot, Victoria’s the only one not dressed in black? What might the clouds and lightning strikes in the background mean? Exactly whose arms are reaching up out of the water? And is Emily VanCamp working that dress slit like Angelina or what? Have at it! 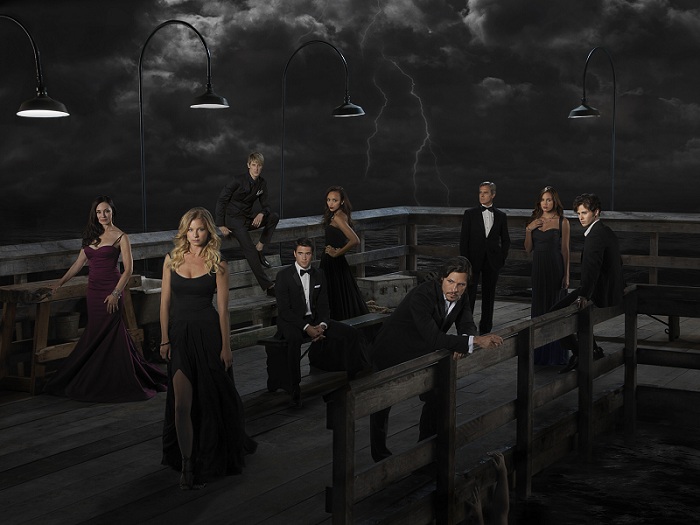