In these new photos from the ABC drama’s upcoming Season 2 premiere, Emily goes from sporting a sweet smile and a killer cocktail dress to wielding a knife in wet yoga wear.

We also see Ashley, Nolan and Daniel all gussied up for what looks like a bash aboard a boat. And in the waterlogged death match portion of the hour, Emily apparently throws down with Barry Sloane’s Aiden – the mystery man from her past – on the beach while a very bald Takeda (now played by Cary-Hiroyuki Tagawa) looks on. (Wonder if this is before or after she’s lashed to an underwater post?)

Click through the photos below and then hit the comments on how Revenge’s sophomore season opener – which airs Sunday, Sept. 30 at 9/8c (ABC) – will play out. 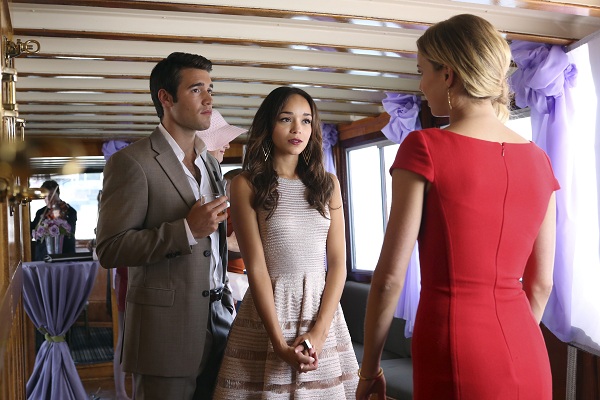