The ways your favorite TV shows move forward in the age of COVID may be a bit more subtle than you think.

Sure, we know and have seen how some returning shows are dealing with the real-world pandemic… or not. ABC’s The Conners, for one, firmly set its new season in a mask-wearing world, as has fellow sitcom Superstore on NBC.

TV’s No. 1 drama, This Is Us, with its Season 5 premiere affirmed that it was going all in on not just COVID but also Black Lives Matter — which should not be surprising, coming from an acclaimed series that trades heavily on keeping things real.

Having worked on the two-hour premiere from February until only recently, This Is Us creator Dan Fogelman said, “It’s the longest I think I’ve ever worked on anything in my life… because we were making the decision to have COVID, as well as Black Lives Matter, woven into the show.” 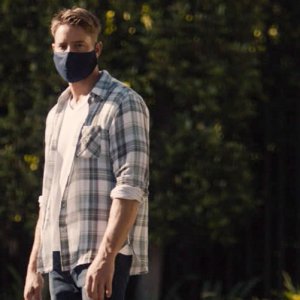 That decision to double down was “about just American life,” he explained. “When I was sitting down and weighing the decision of what we were going to do… It felt almost irresponsible not to take on the moment,” yet all the while focusing on “the human experience and not the political experience in anything.”

But how will TV’s dozens of other returning shows look, feel or play differently, due to the restrictions of filming amid a pandemic? Here are a few of the approaches TVLine has learned of….