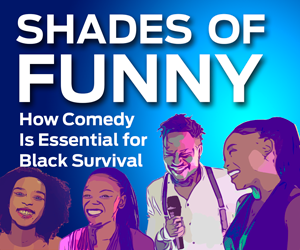 The nouveau riche, dry-cleaning curmudgeon who never forgets it’s the love of his life, Weezie, who holds him down. There’s also the South Los Angeles event planner proving the third time is the charm for her and fiancé/ex-live-in-boyfriend Lawrence, a tech-savvy single father. And who could forget about the well-heeled Southern belle who marries the nerdy software developer at a fictional but beloved HBCU?

These are just three of TV’s most beloved Black rom-com couples, pairings who showed us love doesn’t discriminate and romance isn’t just for white wisenheimers who hang out at coffee shops. From George and Louise on The Jeffersons to Issa and Lawrence of Insecure and A Different World‘s Whitley and Dwayne, the small screen has spotlighted beautiful and inclusive Black couples of all shades, sizes and socio-economic backgrounds for decades.

The loving representation hasn’t stopped since shows such as 227 and Family Matters have gone off the air. The tradition continues with esteemed soulmates Zac and Fatima, aka “Zatima,” from Tyler Perry’s Sistas on BET; husband-and-wife duo Bill and Lillian on ABC’s reimagined and updated version of The Wonder Years; and married professionals and parents Rainbow and Dre from black-ish (also on the Alphabet network). And while there are some who will rightly argue NBC’s This Is Us is a heartstring-tugging drama, college sweethearts Beth and Randall have demonstrated time and time again that laughter and Cabernet Sauvignon are the secrets to a warm and happy marriage.

In time for Valentine’s Day and our ongoing Black History Month package Shades of Funny, we are celebrating the couples who have made us laugh, cry, cheer and, best of all, believe in the power of love.