Nobody here but the FBI’s Most Unwanted… and a few friends.

We don’t know about you, but we’re missing The X-Files the way Scully misses her pup, Queequeg — y’know, with a lot of fondness and a vague sense that a lake monster might have been involved. So we thought we’d take a UFO trip down memory lane and rank the sci-fi series’ 30 best characters. (Hey, it’s better than throwing pencils at the ceiling!)

30 Best The X-Files Characters Ever, Ranked 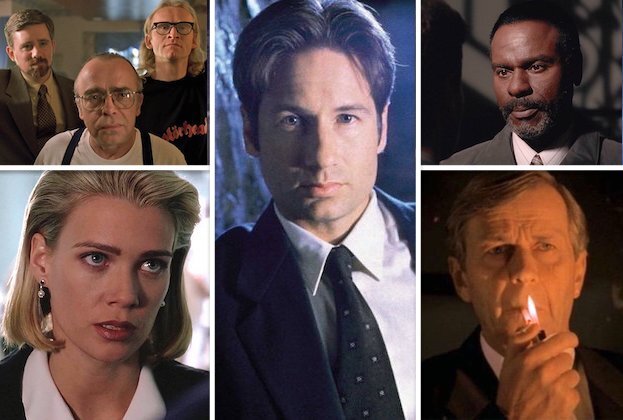 Before we get started, a couple of ground rules. We focused on the TV series and not its big-screen endeavors — The X-Files: Fight the Future and The X-Files: I Want to Believe. We tried to keep it to characters who appeared more than once in the show’s 11-season run, though there are one or two entries who made such a big ripple in the show on the whole that we couldn’t leave them out (looking at you, Duane Barry). And finally, we ranked the Top 30 based on how interesting the characters were and their overall importance to the narrative, not on how much we might or might not have liked them — otherwise, Margaret Scully would’ve shot to the top!

To see which characters made it into our Top 30, just click on the photo gallery above (or go here for direct access). Then hit the comments with the characters that you think should’ve been placed higher, lower or altogether eliminated!