A full-blown Friends reunion will probably never happen — as repeated almost annually by co-creator Marta Kauffman — but in the 15 years since the NBC comedy ended, the six stars have remained very much in each other’s orbit.

With the 15th anniversary of Friends‘ series finale fast approaching, TVLine is looking back at all of the times that Jennifer Aniston, Courteney Cox, Lisa Kudrow, Matt LeBlanc, Matthew Perry and David Schwimmer have worked their way into one another’s post-Friends projects over the years.

Our journey begins in 2007 — just three years after the Friends went their separate ways — with that infamous Cox-Aniston kiss from the short-lived FX drama Dirt. And it ends, appropriately enough, with Cox and Kudrow seated on a makeshift Central Perk couch from a 2019 episode of The Ellen DeGeneres Show. Much to Joey Tribbiani’s disappointment, however, that last one did not include a kiss. 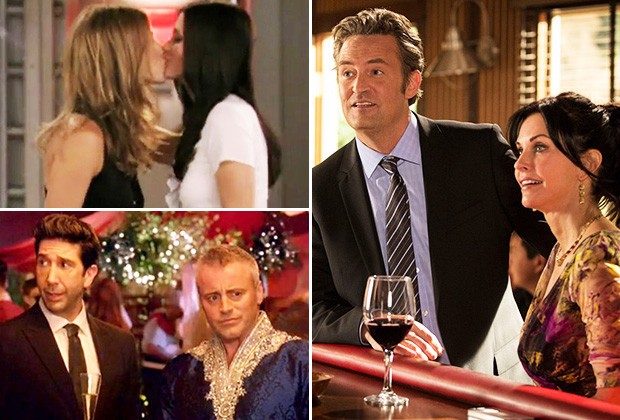 And those are just two of the 16 times we’ve seen the Friends back together since Monica and Chandler broke the gang up in 2004. (TVLine will also have plenty of additional Friends finale coverage leading up to Monday’s 15-year anniversary, so keep coming back!)

Browse our gallery of on-screen Friends reunions — you can click here for direct access — then drop a comment with your thoughts below: Which was your favorite? And are you still holding out hope for an actual Friends reunion?