It’s been a decade and a half since Everwood‘s premiere — today marks the show’s 15th anniversary — but the pilot’s pivotal father-son argument is still as raw and powerful as ever. And it still stands out for creator Greg Berlanti and stars Treat Williams and Gregory Smith for being as frosty off-screen as the characters’ relationship was on-screen.

During the filming of Andy and Ephram’s emotional screaming match, in which the latter exclaims that he wishes his father had died instead of his mother, “it was probably negative 30 degrees,” Berlanti says. Williams remembers it as a “very, very, very cold period up there where we shot in Canmore [in Alberta, Canada]. We were freezing, and we were shooting with 35mm film back in those days. So the cameras would have trouble operating sometimes.” 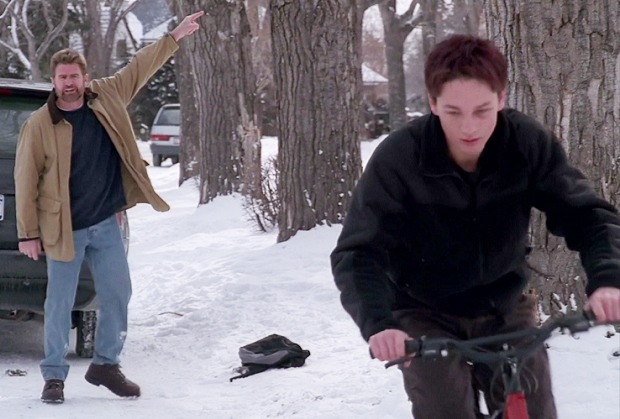 The weather also added another concern for the actors, who didn’t have too many takes because of the chilly temps. “We were really worried about our breath showing,” Smith shares. “We tried chewing ice cubes right beforehand, but it was so cold, we couldn’t do that. I think it actually kind of works to see the breath in the scene.” And if you’re wondering why Ephram fumbled with his bicycle before riding off in anger, you can blame Mother Nature for that, too. “I couldn’t feel my fingers, so I couldn’t get on the bike — or if I could, I couldn’t do it very elegantly because my fingers felt like bricks of nothing,” Smith explains with a laugh.

But it was all worth it because, as Williams notes, “I think we all knew we were doing something that was really wonderful and special.” 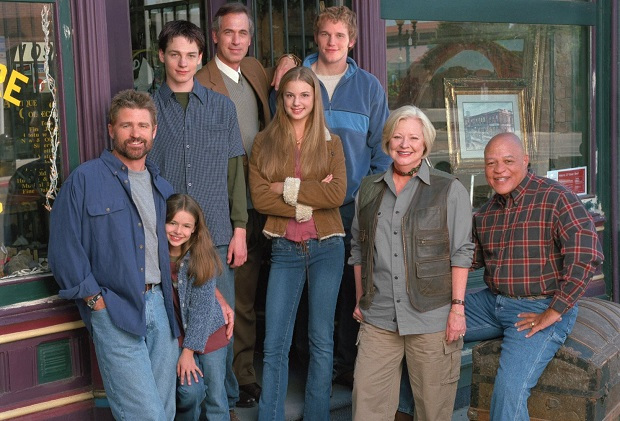 In honor of the pilot’s 15th anniversary, TVLine invited the trio to reminisce about the standout fight scene. Plus: Check out the gallery to the right (or click here) for the latest revival talk, the show’s connection to Supernatural, the storyline Williams forgot about and more.

THE BEGINNING OF EVERWOOD | Although the argument doesn’t come until the pilot’s 30-minute mark, “it was one of the first scenes I actually wrote,” Berlanti reveals. “I wrote this fight between the father and the son, knowing a little bit about what I wanted to do with the plot, and it was something that I ended up writing the episode toward. It was always something that came to me very easily, and wasn’t anything I really fought long about or had to push myself too hard on. It was pretty natural. And that was sort of the birth of the characters, coming from the language of the fight. I’ve worked a lot harder on other scenes that are a lot less memorable,” he finishes with a laugh.

NAILING IT | Ephram and Andy’s exchange is especially memorable for Smith, who landed his first starring gig because of it. “I can remember it like it was yesterday, probably in large part because it was my audition scene,” he shares. After Berlanti told him to “go further” and not hold back, Smith put “every frustration that I had with my life up until that point into that moment and those words. It felt like a thousand-pound weight had been lifted off my shoulders… It got me the job, and it was very cathartic.” 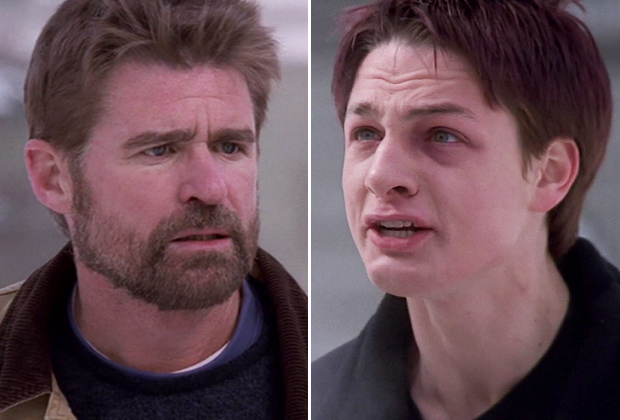 For Berlanti, “there wasn’t really anybody else in my mind that was meant to play the part” after Smith nailed the scene. “He blew the network away when he did it there, too,” Berlanti recalls. “But there was still a lot of conversation. He wasn’t your quote-unquote traditional WB kid at the time. But his acting was so obvious.”

Auditioning was one thing. Actually yelling at veteran actor Treat Williams to his face was a whole other beast. “Even when we did it in the read-through, we were both holding back a little bit,” Smith describes. “I remember the first take with Treat, I gave everything I got, and he just gave it right back to me. I remember it was very intense and a little scary.” Like Berlanti, Williams was impressed by Smith: “I just remember thinking, ‘This is good. This is working.’ Greg was completely committed. Most young actors are a little nervous about that stuff, but he just ripped me apart,” Williams says with a laugh.

WATCH YOUR WORDS | In a cough-and-you-could-almost-miss-it moment, Ephram calls his dad a “dick,” a word that wasn’t being thrown around on The WB a lot at the time, except perhaps on Felicity (as Ben’s favorite swear). “I remember having the conversation with Standards & Practices about it,” Berlanti says. Surprisingly, Ephram’s boundary-pushing talk-back also raised eyebrows with younger viewers. “When we tested the pilot, there were a lot of kids who watched that scene and thought, ‘I would never talk to my parents that way,'” Berlanti says. “But every parent understood it. That was a real powerful thing to see that the parents got that, ‘Oh, this is an important moment for a kid.'” As for Andy calling his own son a “little bastard,” “there wasn’t as much concern about that. That’s probably the part of it that parents really understood,” Berlanti adds with a laugh.

REAL FAMILY DYNAMICS | The intensity and anger of the verbal match was inspired by a certain lack of representation Berlanti had noticed on the small screen. “When the show first came on, other than The Sopranos, there weren’t a lot of really honest parent-child relationship shows on the air,” he explains. “Your parent is the first person that you shape and form yourself with and become an adult opposite of, and conflict’s a big part of that. Real, raw truthful kind of fighting with your parents was, to me, something that wasn’t really represented on television in a regular way. So that was always a big part of what we wanted to try and do with the show.”

Everwood fans, hit the comments with your remembrances! And if you’re feeling nostalgic, you can stream Everwood on The CW’s digital arm, CW Seed.