With all four seasons of Everwood now available on its digital channel CW Seed, The CW took another trip down memory lane with a 15th anniversary panel for the WB family drama at the Television Critics Association summer press tour on Wednesday. 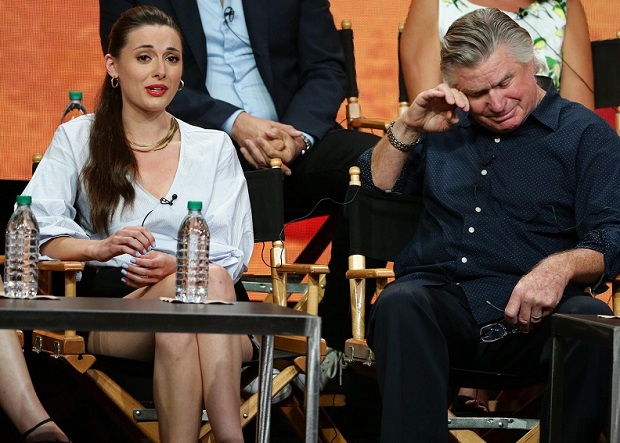 * “This is an emotional day for me,” a visibly choked-up Berlanti said, kicking off a panel that would find several of the stars getting teary-eyed. Tom Amandes, who played Dr. Harold Abbott, also got verklempt while praising the show’s writing. The emotion intensified as Vivien Cardone (Delia Brown) recalled how she couldn’t see her father much when she moved to Utah to film the series, so Treat Williams (Dr. Andy Brown) — who was also away from his family — made her a deal: He would be her temporary dad if she would be his temporary daughter. The two actors then embraced after dabbing away tears. “Of all the things I’ve done in the 44 years I’ve been doing this, [Everwood is] right at the top,” Williams said.

* Where would the Everwood characters be now? Debra Mooney imagines Edna Harper is “in an RV going around the world and having a great time. She could stop anywhere and be a nurse.” Amandes noted that Rose and Herald were set to adopt, prompting Mimoun to point out that their child would now be the same age as Ephram was when the show started. “The reboot is right there, you guys!” she exclaimed. 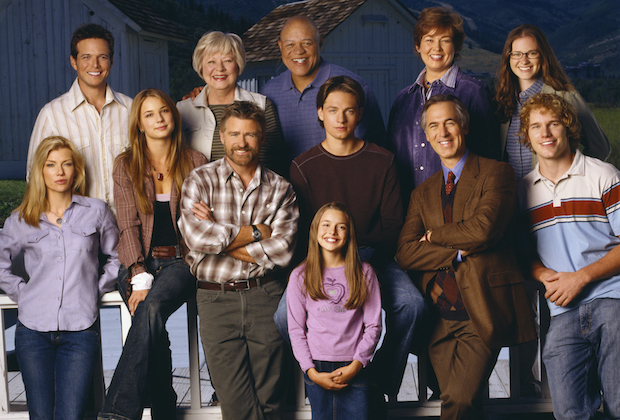 * So will the series ever get the revival treatment, especially in light of its recent success on CW Seed? “No one’s asked, but I think we all would love to work together again,” Berlanti responded, to which Williams added: “In a New York minute.” Berlanti admitted that he hasn’t even thought about how the storylines could pick back up in a potential continuation. “Most of our plan has been asking people to have a digital space for people to watch the show,” he explained. “That’s been most of our campaign for how to keep the show alive.”

* An alternate ending for the Season 4 finale featured Ephram getting a call from his ex Madison as Amy waited for him. Mimoun wasn’t sure how they would have gotten out of that romantic pickle, but “that would have been fun to figure out.” 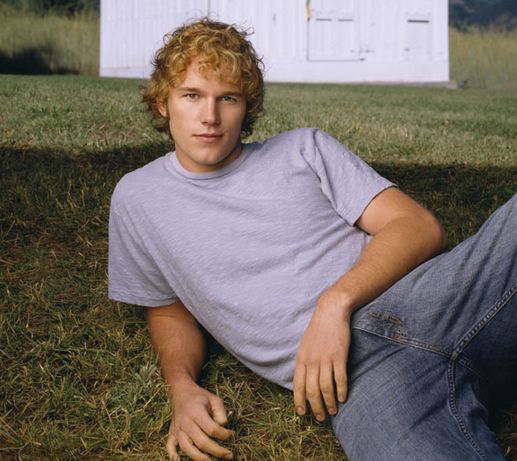 * The cast and producers could definitely see a certain co-star’s future success coming. “I told Chris Pratt he was going to be a star,” John Beasley (Irv Harper) recalled. “He had a lot of the qualities that would make him a star. He was a good-looking white boy. [Laughs] He’s such a nice guy. And he could eat!” The cast then proceeded to recount stories of just how much Pratt would consume. “We would call ‘Cut,’ and he would still be eating,” Amandes shared.

* Berlanti singled out Season 1’s “Episode 20,” in which Kate Mara guest-starred as a teen seeking an abortion. “In the original pitch of Everwood, Dr. Brown was supposed to be an abortionist,” Berlani said. Needless to say, that didn’t go over so well, “but the network promised us we could deal with that subject matter [at a later point].” After “intense conversations,” “Episode 20” came to be, although there was “still some question” as to whether or not they would air it.

* “The biggest fight [over story] was [when] we were ending Season 2 with a cliffhanger [involving] Ephram’s baby,” Mimoun revealed. “I remember Greg said the whole thing, and I said, ‘You must be out of your mind. You’re leaving me to go do this. They’re going to hate him, and they’re going to hate me. And they are going to say I did it.'”

* Jane the Virgin‘s Justin Baldoni, who joined Everwood late in its run as Reid Bardem, said the series “set the tone for me to see what a family was like on set. I came in on the fourth season, and they embraced me like I was on the show the whole time. Sarah Drew gave me her car for a month. At one point, I literally lived with Greg [Smith], and we were roommates in life and on the show.”

* “I do think the success of something like This Is Us will encourage more of this kind of [multi-generational family] storytelling,” Berlanti said. And he has no hard feelings about the NBC drama’s plethora of Emmy nominations: “As a viewer and someone that gets to make TV, I’m really happy for This Is Us. If I have any issue, it’s that the [Television] Academy should recognize shows on The CW. I’d like to see the hard work that people do there get recognized more.”

* If Berlanti had to pitch Everwood today, he would still take it to The CW. Following the panel, Berlanti told reporters that CW President Mark Pedowitz is responsible for the show finding a home on CW Seed. “[He] called me one day and said, ‘I want to get the show for [CW] Seed. I feel like our fanbase will like it,'” Berlanti said.

Everwood fans, share your favorite memories of the show in the comments.