To mark the 20th anniversary of Buffy the Vampire Slayer‘s series premiere, TVLine spoke to a few of its key players. First up: writer/co-executive producer Jane Espenson.

Buffy Summers started slaying on TV 20 years ago today. And to celebrate that, we thought we’d go to one of the people who put the quips in the heroine’s mouth. 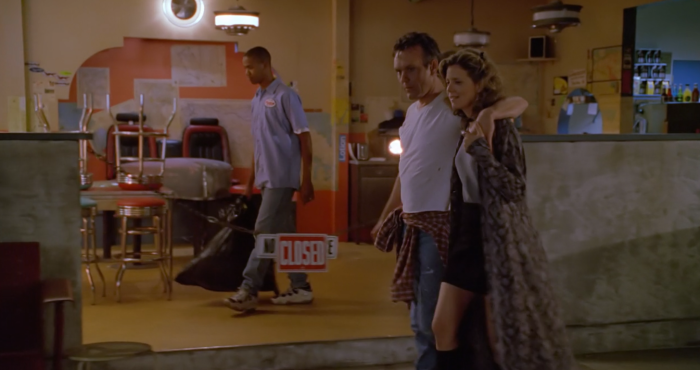 Jane Espenson wrote for Buffy the Vampire Slayer for much of its run, eventually rising in the ranks to the role of co-executive producer. And while she penned plenty of Ms. Summers’ lines, “Buffy was the hardest, because she was the most nuanced,” Espenson tells TVLine. “It was always fun writing the more peripheral characters. I love Anya, Jonathan, Andrew, et cetera, because they can have more focused points of view. But a more central character like Spike is perfect, because he’s nuanced, but he still has strong outlier opinions — because, evil.”

Espenson joined the then-WB series at the start of Season 2 and stayed until the series finale, which allows her to reflect on how Joss Whedon’s vampire-drama-movie-reboot went from teen drama to pop culture touchstone in the space of seven seasons. “The atmosphere was most changed by decreasing amounts of Joss as he started splitting his time with Angel and then with Firefly and beyond,” Espenson says. “But the whole time, we felt that we were doing something of quality, that we were accomplishing something important and aiming high. That never changed.”

Also: “The writing was the king the whole time,” she adds. “We were more likely to shut down production while we wrote than we were to rush the writing to fit the production schedule. That was a rarity then, and now.”

We asked Espenson — whose extensive TV resume also includes Game of Thrones, Once Upon a Time, Battlestar Galactica and Gilmore Girls — to think back on her time with the Scoobies.

Click on the gallery above (or go to it directly here) for her thoughts on her best and worst episodes, favorite lines and more.