It took a village to dress and coif Alias‘ Sydney Bristow for her myriad missions. Laura Goldsmith and Michael Reitz are two of those villagers.

Goldsmith worked as costume designer and Reitz as wig designer/hairstylist for the run of the ABC drama. Given that super-spy Sydney embarked upon at least one disguise-tastic op in nearly all of the series’ 105 episodes, Reitz and Goldsmith’s teams kept very busy making sure star Jennifer Garner and the rest of the cast looked their best.

The moment that “endeared me to Jennifer for life” took place during a quiet moment during a fitting, the fashion maven tells TVLine. “She put this dress on and she’s like, ‘I love this dress! I just love it.'” Goldsmith chuckles. ” And I’m like, ‘That’s good. But you know, you have it on backwards.'”

Though Garner now earns copious attention for her red-carpet looks, “She never pretended to be like, ‘I know everything about wardrobe, and I’m going to put this with that and that with that,'” Goldsmith adds. “She was so charming like that.”

Reitz signed on to the show during the pilot. “It was almost a once-in-a-lifetime gig, because it was really about the hair, the clothes, the makeup and the stunts, you know? Jen’s main team, we were all very close,” he tells TVLine. “We worked 80-hour weeks together.”

The fruits of those highly detailed, time-intensive efforts? Awards for both artists in their respective guilds, multiple Emmy nominations and — of course — a gorgeous heroine who was always perfectly dressed and tressed to kill.

We asked Reitz and Goldsmith —as well as cast members including Garner and Michael Vartan — to reflect on some of the series’ craziest, most expensive looks. (Wait until you hear how much each of Syd’s wigs cost!) Flip through the gallery below, or go to it directly here, for what they have to say. 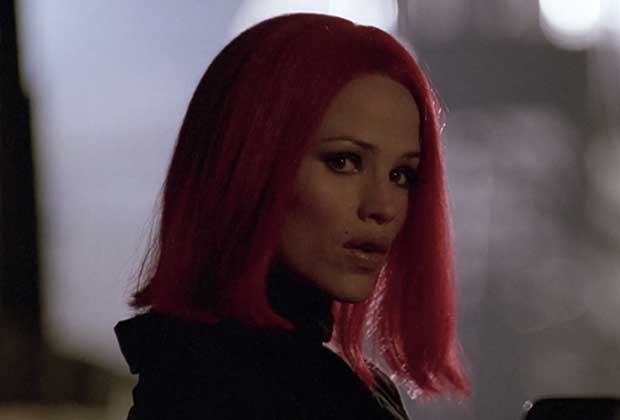