Jack McBrayer makes quite the impression during his Call Me Kat debut. 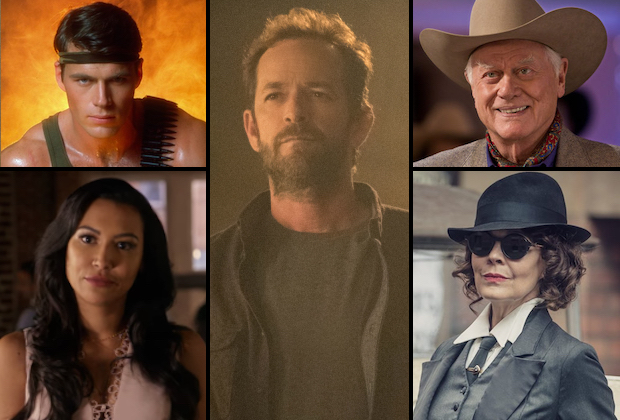 TVLine has an exclusive sneak peek at Thursday’s episode (Fox, 9:30/8:30c), which welcomes the 30 Rock alum as new hire Gideon, the baker Kat has tapped to replace Leslie Jordan’s Phil — at least for now. In the clip, Kat brings the Amish man over to The Middle C so he can meet all her favorite people (and Sheila), but neglects to warn her friends that Gideon has no filter.

McBrayer’s guest stint doubles as a 30 Rock reunion with Cheyenne Jackson (aka Max), who recurred on the NBC sitcom as Danny Baker:

Gideon’s arrival comes three weeks after Call Me Kat bade the classiest of goodbyes to Phil. Following Jordan’s untimely passing last fall, the Fox comedy opted to keep Phil alive. The winter premiere revealed that he and boyfriend Jalen bought a bakery in Tahiti and wed in an off-screen ceremony attended by Kat, Max, Randi, Carter and Sheila. At the end of the episode, the ensemble — comprised of Jackson, Mayim Bialik, Kyla Pratt, Julian Gant and Swoosie Kurtz — broke character to pay their respects:

“What we’ve done here is given Phil a happy ending. What we’re really doing is mourning the loss of our dear friend, Leslie Jordan,” Bialik said. “He is irreplaceable. We will miss him very much.” Then, together with her costars, she concluded, “Love, light, Leslie.” You can watch their touching tribute here.

Fox is not revealing whether McBrayer will become Phil’s permanent successor, so we’ll have to wait and see. In the meantime, press PLAY on the video above, then hit the comments with your reactions to Gideon.